Even Puja Under Threat In Mamata's West Bengal: PM Modi

While Modi did not specify the name of the 'puja', Durga puja is the biggest festival of the state. 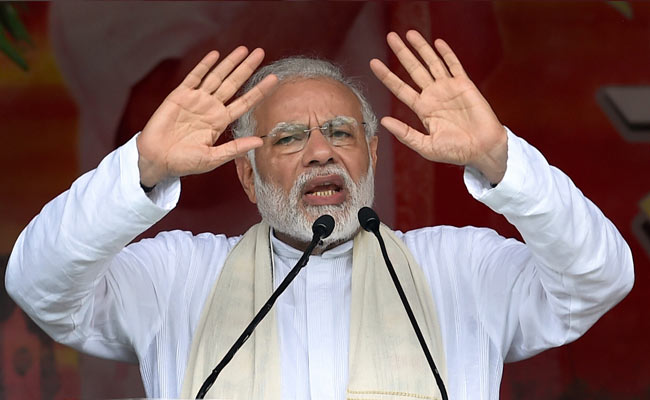 Prime Minister Narendra Modi today attacked the Mamata Banerjee government in West Bengal, saying even 'puja' is under threat in the state.

Addressing a rally here, Modi said, "Efforts have been made to undermine the great traditional heritage of Bengal."

He said the normal life of citizens has got disrupted in Bengal today and "even puja is under threat".

While Modi did not specify the name of the 'puja', Durga puja is the biggest festival of the state.

Modi's statement came in the backdrop of last year's controversy over the Trinamool Congress government's restriction imposed on the immersion of Durga idols.

The state government had restricted Durga idol immersions on Vijayadashami , the last day of the four-day Durga puja, after 10 pm and said no immersion would be allowed as the next day was Muharram. The Calcutta High Court had later allowed immersion of Durga idols on all days, including that of Muharram.

The TMC's "political syndicate" rules in the land of "Vande Mataram" and "Jana-Gana-Mana" and pursues appeasement and vote bank politics, the prime minister said in his address.