In Surprise Call, Haryana Khap Body Asks Women To Shun Ghoonghat, Says It Does Not Let Them Breathe Properly 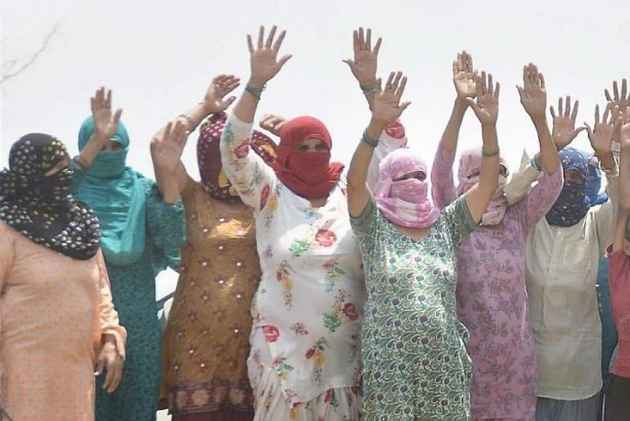 Infamous for enforcing anti-women diktats in garb of promoting culture and traditions, a Haryana khap body has now given a surprise call asking women to shun ghoonghat (veil).

The call has come from the Malik Gathwala Khap, one of the largest and most influential in Haryana, at an event organised to mark the birth anniversary of its ancestral leader on Monday evening. The Malik Gathwala Khap has jurisdiction over 700 villages across Haryana, Punjab, UP and Rajasthan.

“Time has come to end the age-old traditions that are not relevant today. Expecting women to remain confined under veils is foolishness. It blocks their vision and does not let them breathe properly. Happiness and peace comes to those houses where daughters-in-law are loved like real daughters,” said Baljeet Malik, 66, chief of Malik Gathwala Khap, as quoted by Hindustan Times.

This is the first time that a Khap body in Haryana has asked women to shun the decade-old tradition of wearing a ghoonghat (veil) at home as well as outside.

The event where the khap took this decision was also attended by Bihar governor Satyapal Malik and union minister Birender Singh. It has also asked people to honour ‘Beti Bachao Beti Padhao’ campaign by socially boycotting those indulging in female foeticide or infanticide.

Last year, the Haryana government had invited public ire after a government magazine described ghoonghat as the state’s identity. “Ghoongat ki aan baan, mhara Haryana ki pechchaan (pride of the veil is the identity of my Haryana),” read a photo caption in the magazine. Recently, the Khaps were rapped by the Supreme Court for interfering in love marriages.

However, recently, many Khaps have also taken positive decisions for women, apparently to change their dubious reputation. After the Chandigarh stalking incident involving a BJP leader’s son, the jat Khap had come in support of the victim. Asked whether the support from Khap was a surprise for her, the stalking survivor Varnika Kundu, in a recent interview to Outlook had said that it was “huge thing” for her.

“I’m sure that it was part of the khap’s thing that I am a Jat and so they supported me but that said khaps have been notorious in banning cellphones and things like that. They say noodles cause hormonal swings and such nonsense. If after that they came out—and 25 villages is not small khap—and support me, it was a huge thing for me. I felt, why not, at least they are not talking about not letting girls use phones or wear jeans,” Kundu had said.

On Monday, the the Malik Gathwala Khap, however, said that women can keep scarf on their heads to show their respect towards elders.