In The Doorstep Of History, To A New India

It is a landmark judgment in so many aspects. Reading out his own judgment first, CJI Dipak Misra observes, “No one can escape from their individualism. Society is now better for individualism.” 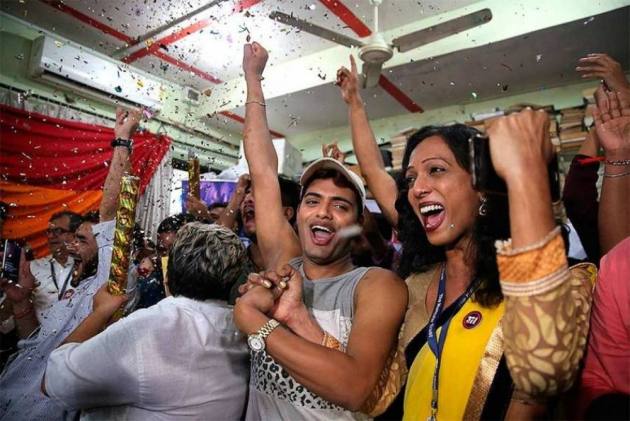 It was 1947. At the stroke of midnight on August 15, Jawaharlal Nehru stood up and delivered his first speech as the Prime Minister of India. A country just ravaged by Partition and an exploitive foreign rule. A country woke up to a new dawn. In the monumental speech, he says, “A moment comes, which comes but rarely in history, when we step out from the old to the new, when an age ends, and when the soul of a nation, long suppressed, finds utterance. It is fitting that at this solemn moment we take the pledge of dedication to the service of India and her people and to the still larger cause of humanity.”

Maybe, when Nehru uttered these words, he did not know that it could be so relevanttoday—a day when the Supreme Court of India decriminalised homosexuality, a law that hung like a sword and criminalised people for their sexual choices.

Even as I am writing this, my friends from the LGBTQ community are overwhelmed by the occasion, as they feel a little freer. As Himanshu Agrawal, a LGBTQ activist from Delhi, says, “It feels like second independence for us. A journey of tears and struggle has come to an end. And a new era of equality has begun.” Section 377 took away the basic fundamental right of choosing someone to love. Love that includes sexuality. In India, where sex is still so much of a taboo even for heterosexual couples, when the Supreme Court decriminalised sex between couples of the same gender, it gives a heads up to talk about sex for everyone, which should be treated as a need, and not as a taboo. It brings out sexuality to the conversations. And not only for the LGBTQ community;today’s judgment affects each one of us, as the right to choose our consensual sexual partner without the society barging in, is a fundamental right. I hope this also addresses issues like hotels not granting rooms to unmarried couples, to the limelight. This is an acknowledgement that sex can have had for pleasure rather than for procreation only for married couples.

It is a landmark judgment in so many aspects. Reading out his own judgment first, CJI Dipak Misra observes, “No one can escape from their individualism. Society is now better for individualism.”

And his most telling comment, “I am what I am. So take me as I am. No one can escape from their individuality.” India awakes to a new dawn of freedom and justice. He reads, “Sustenance of identity is the pyramid of life.” This means we don’t have to follow the majoritarian way to live a free life. When the Supreme Court upholds individualism, it also tells each Indian citizen that we all have equal rights to individual expression. In an atmosphere of such divisive political atmosphere, this judgment gives confidence to every Individual the right to individual expression.

As Justice Indu Malhotra says “Consent must mean free consent.”  It again talks about the right to our bodies and our own sexual experiences. It now has to extend itself to marital rape, which is still not a crime in the Indian Penal  Code. This judgment opens that debate of a married woman’s right to her own body.

Throughout the judgment, the bench of five judges, acknowledged individuality, right to one’s body and sexual choices. And these are not only rights that were granted to the LGBTQ community, but to each Indian to enjoy as a citizen. That a no means a No. That everyone has a right of sexual expression as long as it is consensual.

As the Supreme Court pronounced its judgment today, it opens a new dawn to equal minority rights, sexual rights, and bodily sovereignty. It impresses upon individual choice and rights to express, which remains the highest ideals of a democratic country. 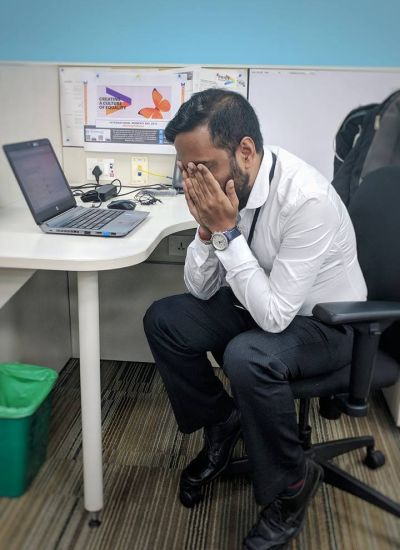 “I promised that I would not cry today. But I guess that's what liberty feels like.

This is the day millions of LGBTQIA people were waiting for their entire life. This legal battle was going on for years. But today we got freedom. Freedom to exist. Freedom to have our dignity. Freedom to live our own lives on our own terms. Just because it's a law it doesn't mean its right. Remember Slavery was legal once too. So was Holocaust.

We have lived with 160 years of discrimination. It’s a long way to go from here. To normalize our identity in the society.
To get civil rights. To Marriage Rights. To Adoption Rights. To create equal space for our relationships. For our Pride!

We still have to fight prejudices, discrimination, stares, stigma - but we are not gonna give up that easy. This is just the beginning. We will bring change to the system. The zeal will not die.

I am so much grateful to all the people who never gave up on this fight for love. Activists, Writers, Artists, Organizers, Lawyers, Demonstrators, Survivors. The ones who came out of the closet before me - walked on the streets - to inspire people like me to accept my identity as well.

To all those reading this. You are part of the history as well. Thank you for the all the support that you gave to the ones who immensely needed it.

Here to the more inclusive and free world! Cheers~

'TIMES THEY ARE A CHANGIN”

Today it feels, like we are all waiting for a new India to emerge, as Nehru spoke in his famous speech, Tryst with Destiny, “At the dawn of history India started on her unending quest and trackless centuries are filled with her striving and the grandeur of her success and her failures. Through good and ill fortune alike she has never lost sight of that quest or forgotten the ideals which gave her strength. We end today a period of ill fortune and India discovers herself again. The achievement we celebrate today is but a step, an opening of opportunity, to the greater triumphs and achievements that await us. Are we brave enough and wise enough to grasp this opportunity and accept the challenge of the future?

The question after 71 years of freedom, still remains the same, Are we ready to accept the challenge for the change which the Supreme Court opened the way, today?

(The writer is a columnist and poet. The views expressed are her own)