In The Quest For A Strategic Role: India, China And The Rohingya Crisis 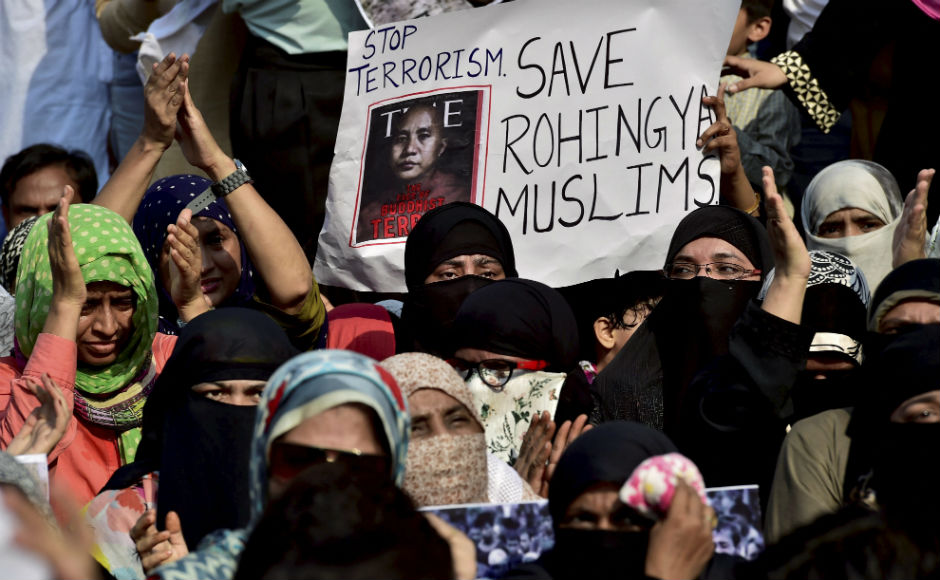 As the Rohingya crisis in the sub-continent continues to escalate, the big powers in the region are wrestling to occupy the front seats in finding a concrete and sustainable solution. The grave situation in Myanmar has forced more than 600,000 Rohingyas to cross over to Bangladesh within less than six months. About 1.1 million Rohingya Muslims are denied citizenship in Myanmar and have been victims of the ruthless ethnic-cleansing campaign.

In this scenario, India and China have time and again adopted different strategic stances on how to ensure that Myanmar and Bangladesh are pacified and that the humanitarian crisis comes to an end. Recently, China has proffered a three-stage solution for the crisis, while India has signed a memorandum of understanding (MoU) to provide additional humanitarian support to the displaced population. During a brief visit by the Chinese foreign minister, Wang Yi, on November 23, Bangladesh and Myanmar agreed to begin repatriation of the refugees. This was followed by a series of high-level meetings, between the president of China, Xi Jinping, and Myanmar’s army chief, Senior Gen Min Aung Hlaing, in Beijing, and separately with Daw Aung San Suu Kyi, the country’s civilian leader.

India, meanwhile, has yet to set out a concrete position on the crisis.

In the recent visit to Myanmar by the prime minister, Narendra Modi, not a word was uttered with regard to the Rohingya crisis-- even though the geopolitical climate had taken such a crucial turn.

On the other hand, Beijing has had a fluctuating relationship with the Myanmar military, as well as with the various ethnic organizations acting in the region. Until the early 2000s, Beijing maintained a sturdy relationship with the military government and avoided acting as a power-broker or mediator with the opposition. In stark contrast to recent developments, in early 2011, as a major stakeholder in Kachin state, Beijing remained quite reticent on the ethnic conflicts which erupted owing to the military’s offensive. However, with Naypyidaw’s attempt to open up to the rest of the world and the resulting increase in competition from western countries to maintain energy security in Myanmar, Beijing has been compelled to reconsider its approach to the ethnic issues.

In recent times, China has taken a greater interest in acting as a mediator to resolve the ethnic conflicts, however, maintaining a balanced approach towards the military in Myanmar. The Rohingya crisis has come to China as an opportunity to reassert its strategic presence and build its economic strength in the region. In the immediate aftermath of the three-point action plan, Bangladesh and Myanmar signed a non-binding, bilateral repatriation agreement—although this appears a dead letter as long as Myanmar erects adequate infrastructure and an affable environment to swiftly accommodate the refugees. India, by contrast, has maintained strategic neutrality and has recently provided more humanitarian aid, with a view to ensuring the refugees return to the state.
While the Supreme Court of India is hearing a petition for repatriation of Rohingya settlers in the border states, the Indian government has gone ahead with a MoU with the Myanmar government. The agreement was signed by India’s foreign secretary, Subrahmanyam Jaishankar, during a visit to Myanmar, with Myanmar’s deputy minister for social welfare, relief and resettlement, U Soe Aung.

Both India and China are seeking greater opportunities to extend their strategic presence as well as to establish themselves as regional leaders, through engaging in the process of mediation. Both states have sought to accommodate Myanmar, whether through humanitarian aid or aiding strategic planning to resolve the Rohingya crisis. In both cases, however, the underlying challenges are not being addressed. Does Myanmar have the capacity to accommodate the refugees peacefully? Do the other actors involved in the crisis have a major role to play and how are they affecting the bilateral and multilateral relationships in which Myanmar and Bangladesh are enmeshed? In assuming their strategic positions, India and China have paid less attention to ensuring Myanmar develops an environment conducive to the refugees returning. Yet unless this was to be ensured, the Rohingyas would yet again be traumatised and marginalised. At the crux of a peaceful resolution to this conflict lies addressing its root causes—including both the economic and political factors. The Rohingyas have been alienated from the public domain, lacking access to formal citizenship. Without securing their political rights and alleviating their socio-economic situation, the refugee crisis will only be further aggravated.

(Baisali Mohanty is associated with the centre for Strategic Studies, Observer Research Foundation. She has a postgraduate degree in South Asian Studies with International Relations from the University of Oxford. She is also a regular contributor to several prestigious international publications including the Huffington Post, Outlook, the Diplomat, Forbes, OpenDemocracy and the Eurasia Review.)