In This Restaurant In Kerala, The Customer Decides The Bill

The restaurant idea is part of a larger vision to make Kerala hunger-free and works on the motto: “Eat as much as you want, give as much as you can”. 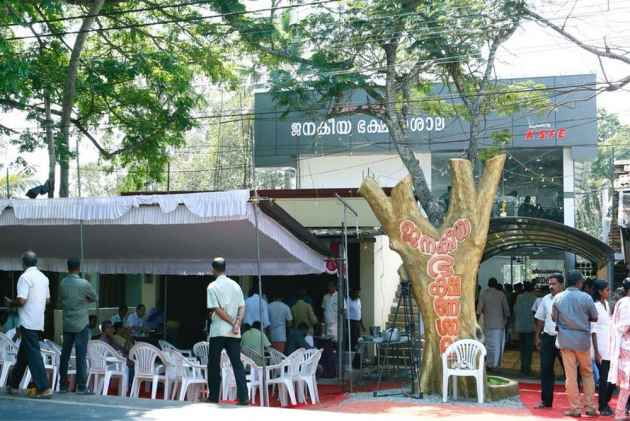 A restaurant in Kerala has virtually given its customers the option to pay as they wish. You can have your meal here but you will neither get a bill nor see a cashier. Instead, you can drop any amount of money in a ‘contribution box’. It works to the motto: “Eat as much as you want, give as much as you can”.

Are you wondering how will it work? It has been almost a month since this Janakeeya Bhakshana Shala (People’s Restaurant) opened on the Alappuzha- Cherthala national highway in the coastal district of Alappuzha. The idea came from none other than the state’s finance minister T.M Thomas Issac. He told Outlook that he has no doubt that it will become a successful model.

“The idea is part of a larger vision to make Kerala hunger free,” said Issac, who is known for his ‘People’s Plan Campaign’ in the ‘90s, where the state government took a bold decision to pass on 35% of the state development budget to local governments so as to enable local people to determine and implement their own development priorities.

Issac got the idea for a people’s restaurant from a palliative care unit in his district which delivers free food to bed-ridden patients. “Then the question came, what about those destitute and those who have no access to food?” says Issac. That’s when they decided to open the people’s restaurant. The people’s restaurant currently delivers free food to 400 bed-ridden patients. A palliative care unit has taken the responsibility to deliver the food to their homes. Issac said the restaurant has collected Rs 22 lakh from just one small locality for its expenses. “People also make contributions for a number of meals on special occasions such as their birth day, marriage anniversary and so on,” he said.

When asked, Issac said it is different from a “community kitchen.” A community kitchen could be only meant for the poor and the general public may not be going there. But, People’s Restaurant works just like a restaurant,” he said. It is also different from the Amma Canteen, a flagship propgramme by former Tamil Nadu chief minister Jayalalithaa. Amma Canteen  is now hanging in balance as the states have started reporting huge losses due to the scheme.

Issac said People’s Restaurant is a people’s initiative and the government will only be a supportive factor. He said as finance minister he has a budget allocation for hunger-free Kerala by which he can support any similar initiative by any group in the state.

The People’s Restaurant in Alappuzha also has a waste management plant and a water treatment plant on its premises. A 2.5-acre organic farm has also been set up adjacent to the restaurant. So, those who wonder how it will survive, Issac has a simple example: “There are people who just come to have black tea and contribute Rs1,000.”