ANSU had submitted its demands to the state government on several occasions relating to the education sector in Nyishi inhabited districts of the state besides, demanding immediate transfer of Education Commissioner Niharika Rai and withdrawal of an FIR lodged against the union leaders recently. 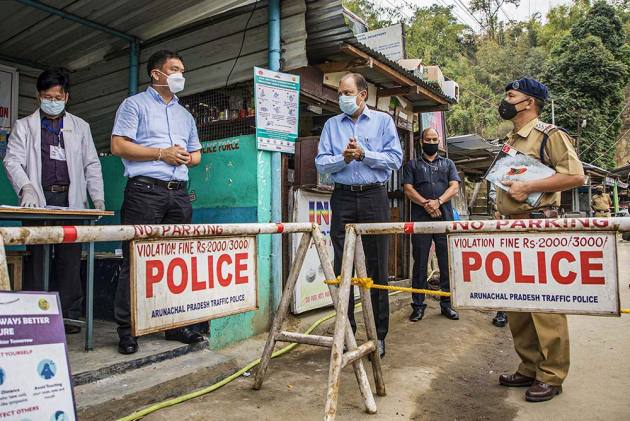 Sporadic Incidents of arson marred the dawn-to-dusk shut down in Itanagar, the capital city of Arunachal Pradesh, called by the All Nyishi Students’ Union (ANSU) against the non-fulfillment of its 14-point charter of demands, including transfer of the education commissioner.

The supporters of the 'Capital Bandh' set ablaze two government vehicles near the civil secretariat in Itanagar. Inspector General of Police (Law and Order) Chuku Apa said one of the vehicles was that of a magistrate on duty and another was a Arunachal Pradesh State Transport bus. The supporters also threw stones and burnt tyres in various places of Itanagar but none of them were booked by the police, the IGP said.

The shut down began at 5 am and hit normal life in the Capital Complex Region which comprise Itanagar, Naharlagun, Nirjuli and Banderdewa areas. All business establishments, educational institutions, banks, post offices and markets remained closed and all vehicular traffic kept off the road. Attendance in private offices was nil, while thin attendance was reported in a few government offices, superintendent of police for the capital area, Jimmy Chiram said.

ANSU's demands apart from the immediate transfer of Education Commissioner Niharika Rai and withdrawal of an FIR lodged against the union leaders recently, are cancellation of tender for procurement and supply of school uniforms by the director of secondary education, corpus fund for teachers’ welfare for every school of the state, carrying out curriculum activities, immediate recruitment of trained graduate and post graduate teachers against sanctioned vacant posts. Revocation of the direct bank transfer system for scholarship or creation of a better system, introduction of uniformity of school fees for various private schools, closure of all zero enrolment schools and proper utilisation of infrastrcture are ANSU's other demands.

Arunachal Pradesh Home Minister Bamang Felix said on Monday that the government had already fulfilled ANSU's demands and the action taken report was provided to it on October 15. Felix, who is also the government spokesperson, stated that the competent authority from the education department had examined the demands and had furnished the action taken report within 40 days resolving almost all the issues. On the demand for transfer of the education commissioner, he said that she has been performing well and there is no reason why she should be transferred.

Reacting to the ANSU’s demand for the withdrawal of the FIR registered against its executive members, Felix said that there is no provision to withdraw an FIR by the state government. The matter, he said, is under investigation.