IND Vs PAK, Cricket World Cup: Don't Mistake Tears For Rain! How Pakistan Reacted After Yet Another Defeat To India

After winning the toss, Pakistan captain Sarfraz Ahmed put India into bat. But his move, made against the expressed desire of Pakistan Prime Minister and cricket legend Imran Khan, backfired as India set a 337-run target then humbled the 1992 champions by 89 runs 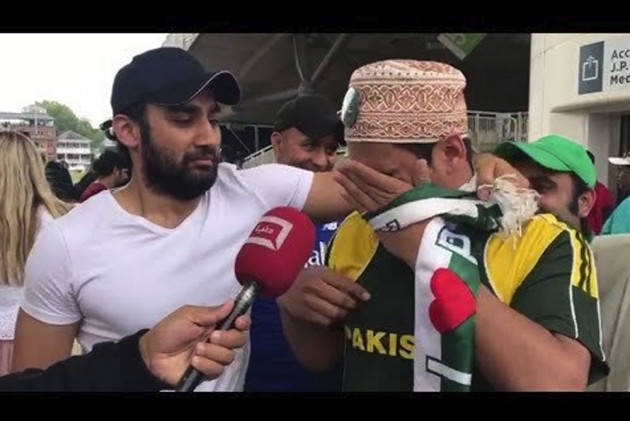 India defeated arch-rivals Pakistan by 89 runs in their group match of the ICC Cricket World Cup 2019 at Old Trafford, Manchester on Sunday. With that India continued to rule the world's biggest cricket rivalry, making it 7-0 in the World Cup.

Sajjad Sadiq, editor of the Pak Passion website, summed up in one picture.

A picture that says a 1000 words #INDvPAK #CWC19 pic.twitter.com/zBerfCigqB

Sports journalist Rehanul Haq did not fail to see the lighter sight of rain stoppages.

He also used the opportunity to state the obvious.

That’s is just one example of the difference in quality b/w the two teams. I know as Pak fans, this is difficult to watch but India are currently a far superior team. Pak will need to play out of their skin to beat this India

We need a miracle to chase this down. May Allah help our boys chase this total and change history. Come on guys, we are with you. #PakvsInd #cwc2019

Even minister Shireen Mazari was forced to openly trash the team.

Hate to admit it but today there was a professional well-gelled cricket team that was the Indian team & a bunch of stragglers disconnected & led by a yawning captain that passed for the Pak team! Winning & losing r part of the game but there must be a modicum of professionalism!

After winning the toss, Pakistan captain Sarfraz Ahmed put India into bat. But his move, made against the expressed desire of Pakistan Prime Minister and World Cup winning captain Imran Khan, backfired as India, powered by Rohit Sharma's 140 (113), set a target of 337.

Pakistan, in reply, reached 166/6 in 35 overs before rain caused a temporary halt to the proceedings. On resumption, their revised target was 302 and they had to chase it down in 40 overs. Only managing to reach 212/6, they fell to their third defeat of the tournament.