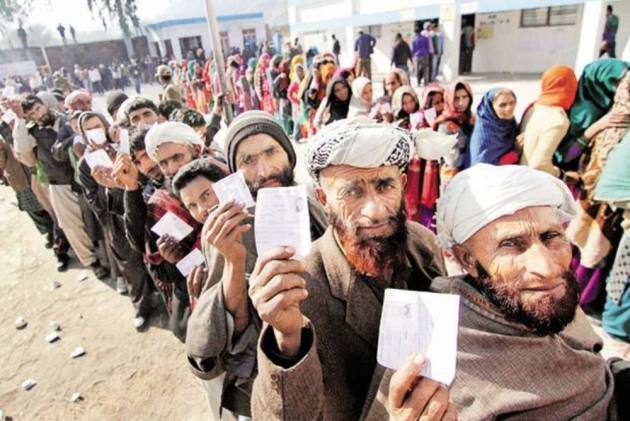 Independents on Saturday emerged the single-largest group in the urban local bodies polls in Kashmir but it was the BJP that took giant strides by winning 100 wards, tasting its first electoral victory in the Valley at any level.

As per the results declared by election authorities here, independent candidates won in 178 wards spread across 42 municipal bodies in Kashmir division including Leh and Kargil.

The Congress came second with its candidates getting elected from 157 wards while the BJP won in 100 wards.

The boycott call by separatists coupled with threats by militants and non-participation of the National Conference and the PDP, helped both the BJP and the Congress in a major way as 76 and 78 candidates from the respective national parties were elected unopposed.

While the BJP emerged the single-largest party in 12 municipal bodies, it has a majority in five of these bodies.

Congress is the single-largest party in 15 bodies having a majority in 11 of these bodies.

In the prestigious Srinagar Municipal Corporation, the Congress won 16 seats while the BJP won in four wards. Independents bagged 53 seats in the 74-member body.

Junaid Azim Mattu, who resigned from the National Conference to contest the election, was among the prominent winners. He had contested from three wards and won from two.

The BJP, which had won the Ladakh constituency in 2014 Lok Sabha elections, got a drubbing from Congress in Leh and Kargil civic bodies. The saffron party failed to open its account in the two bodies while the Congress bagged all 13 seats in Leh and six seats in Kargil.