As domestic criticism mounts over the export of vaccines by India, the government is now trying to send the message that it is precisely because of India’s generosity that the world has responded to India’s crisis. 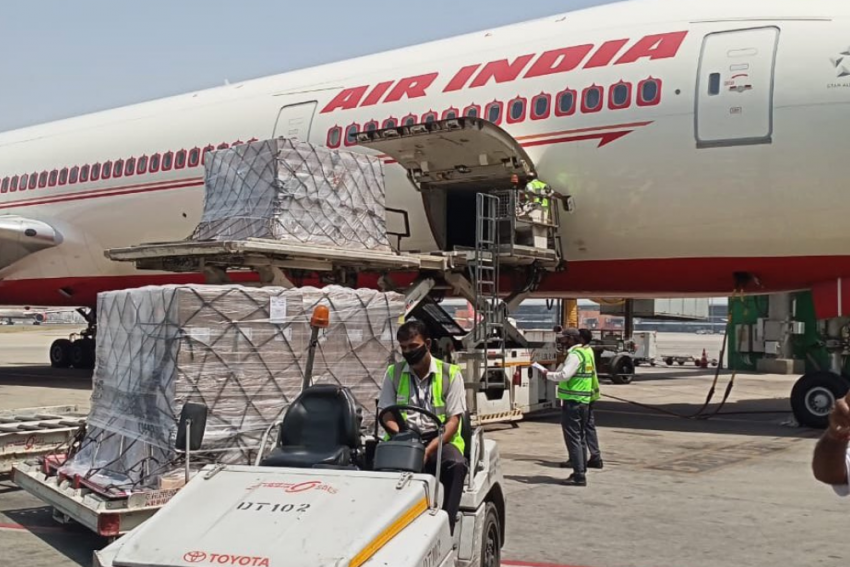 As the second wave of the Covid-19 pandemic continues to ravage lives in India, some forty countries, big and small, from across the globe are pitching in to help. Russia, US, France, UK, UAE, Saudi Arabia, Bangladesh, Bhutan, Singapore all are out to assist India.

Foreign secretary Harsh Vardhan Shringla held a news conference Thursday to tell the country that the situation will ease in a few days as help is on the way. The Indian missions abroad as well as officials in South Block are at work 24x7 to quickly bridge the gap in the shortfall between demand and supply triggered by the massive health crisis and to cut through bureaucratic red tape so that there is no needless delay.

As domestic criticism mounts over the export of vaccines by India, the government is now trying to send the message that it is precisely because of India’s generosity that the world has responded to India’s crisis. That is open to question. No one can be immune to the sufferings that ordinary Indians are being subjected to, the stark pictures and heart-breaking stories reported from the ground in India across international publications is reason enough for the world to come to the aid of a suffering nation.

Be that it may, but the BJP government would like to project this as a direct consequence of Prime Minister Narendra Modi’s generosity in helping other countries. Shringla said that Modi believes in working together to fight the pandemic.

Initially, India had supplied essential pharma products, including hydroxychloroquine, Remdesivir as well as vaccines. “We have assisted other countries and we are getting assistance now,’’ Shringla said. The Foreign Secretary referred to US President Joe Biden’s tweet after speaking to Modi.

"Today, I spoke with Prime Minister @narendramodi and pledged America’s full support to provide emergency assistance and resources in the fight against COVID-19. India was there for us, and we will be there for them", Biden had written.

Today, I spoke with Prime Minister @narendramodi and pledged America’s full support to provide emergency assistance and resources in the fight against COVID-19. India was there for us, and we will be there for them.

India had lifted an export ban on hydroxychloroquine which was initially thought to be a good antidote to Covid-19 and sent across large quantities to the US. Trump was then President and was promoting the drug in his usual way. Later, it was proved to be ineffective as a treatment for Covid-19. Modi had quickly sent it across.

Since January India has shipped out over 64 doses of vaccines to some 85 countries as part of its Covid Maitri program to help the world.

Shringla reminded reporters that right from the beginning of the pandemic, Prime Minister Modi realised the importance of international cooperation to meet the Covid challenge. “It is global in nature, unless you eradicate Covid all over the world you won’t be safe, you won’t have islands which are Covid-free.’’

India which in the last fifteen years and more had refused to accept foreign aid, saying it was capable of raising resources internally has for the first time agreed to get help from abroad.

As Shringla explained this is an ``unprecedented situation’’ and for now the government is making this an exception and not standing on ceremony. While using help from abroad to bridge the current medical shortages, the country is simultaneously adding massive additional capacities not just for oxygen, but for drugs like Remdesivir as well as vaccines, including the Russian Sputnik. “In the next two to three months there will be significant increase in all round capacities in the country,’’ the foreign secretary said.

Oxygen for the moment is in short supply. So the emphasis now is on getting oxygen. India will be getting 550 additional oxygen generating plants, 4000 oxygen concentrators, 10, 000 oxygen cylinders.

Remdesivir, an anti-viral drug frequently used by doctors for covid treatment, is also being manufactured in India in significant numbers. In fact production in India is around 67,000 doses a day.

But for now, India requires as much as three to four lakhs a day. “These short term gaps in supplies will be filled by importing large quantities,’’ Shringla said.

Gilead Sciences, the American company that manufactures Remdesivir, has pledged to provide 4 lakh doses free of cost to India. Another 4 lakh units of the medicine will be sourced from Egypt where Gilead has a production unit. Dr Reddy will be manufacturing Russia’s Sputnik vaccine. 60 percent of the Sputnik vaccines will be produced in India finally.

With the US lifting the ban on exports, raw material for ramping up production of vaccines is also being flown in. There were queries about China not allowing some raw materials to be lifted, but Shringla said it was because one particular airline had banned flights to India. Diplomats in Beijing were working at resolving the issue.