The Wrangler, which was tested, was equipped with dual front airbags, side head airbag, side chest airbag and ISOFIX child seat anchors 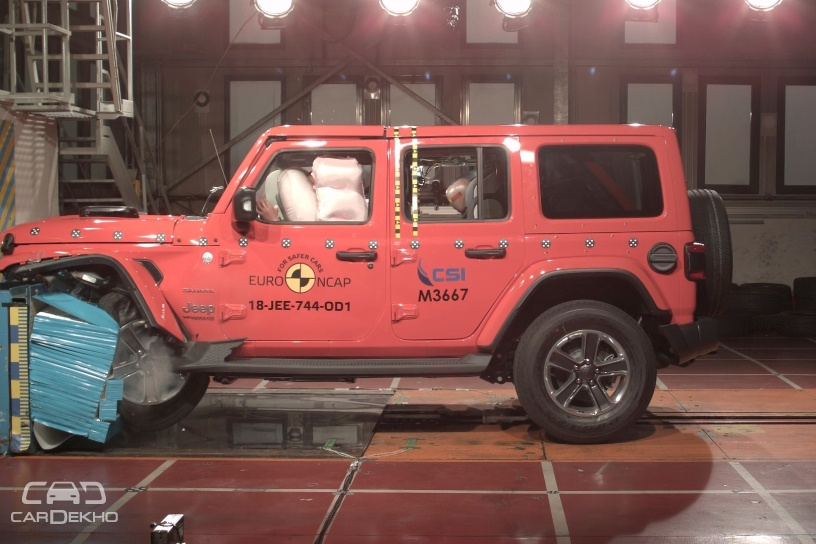 In the recent rounds of Euro NCAP, the India-bound Jeep Wrangler has scored a dismal 1-star rating. It is quite surprising since its sibling, the more affordable Compass, scored a commendable 5 stars in the same tests held in September 2017.

Here is a detailed breakdown of Wrangler’s test results:

According to the report, in the frontal offset test, the connection between the A-pillar and the trans-facia beam was damaged in a way that indicated the structure would be unable to withstand higher loads. Similarly, deformation of the footwell showed that the structure had reached the limit of its integrity. Dummy readings, together with the penalty applied for the unstable bodyshell, resulted in a weak rating for driver’s chest protection. 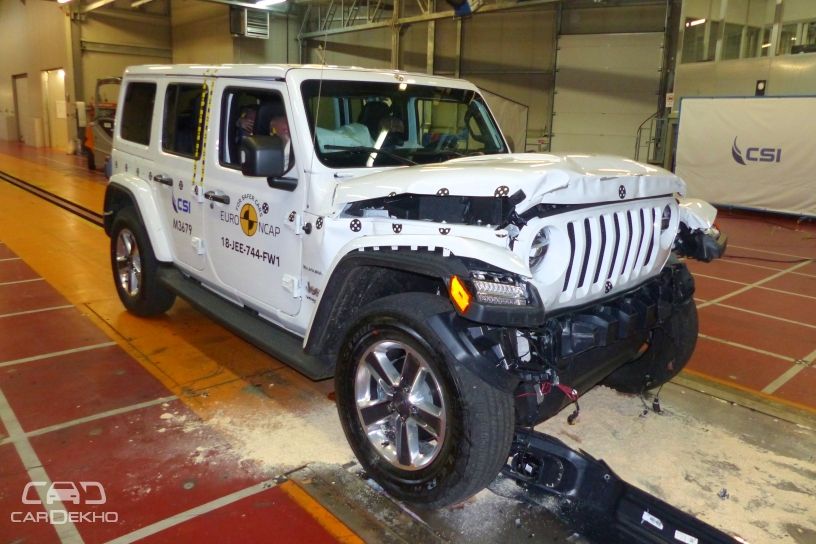 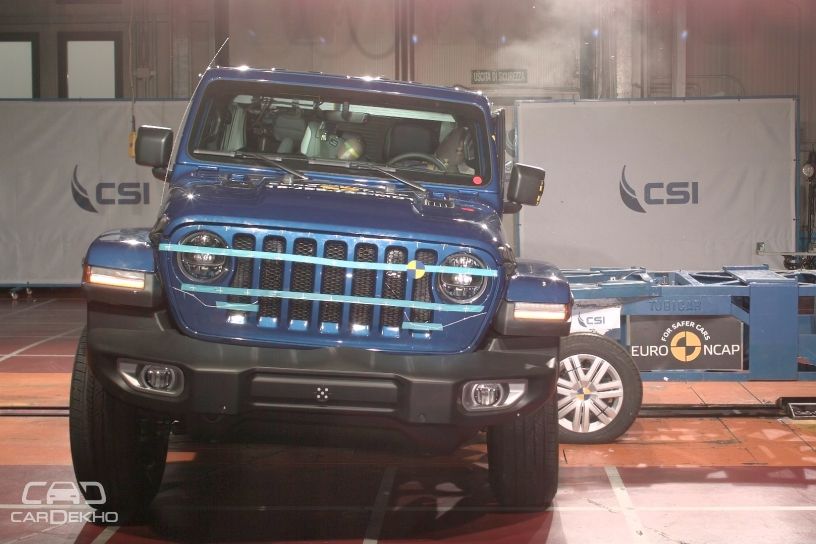 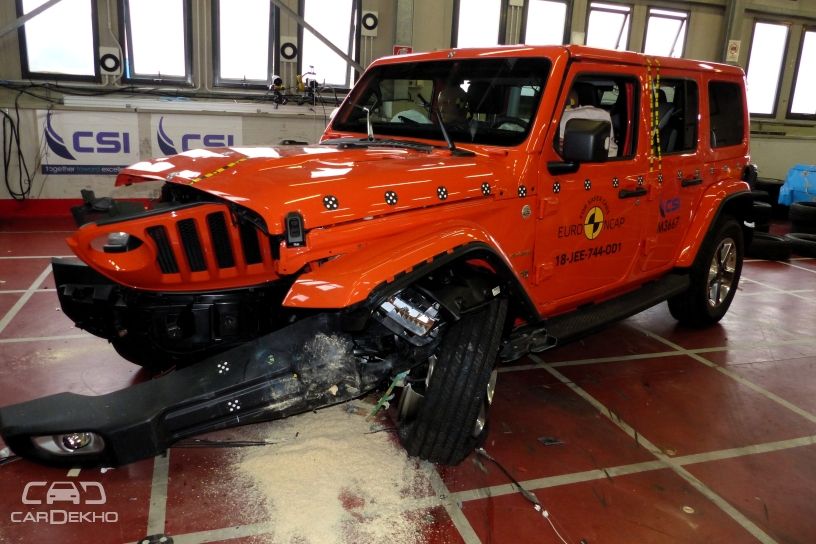 In the frontal offset test, protection of all critical body areas was good or adequate. However, dummy readings of tensile forces indicated weak protection for the neck of a 10-year old child.

In the side barrier test, the head of the 10-year old child dummy collided with the car’s interior and protection was rated as marginal. Protection for all other critical body areas was rated as good.

The Wrangler is equipped with a seatbelt reminder system for the front and rear seats along with speed assistance system. However, it misses out on autonomous braking and lane assist.

From the above details, it is clear that the reason behind the Wrangler’s poor performance is poor equipment list and its poor structure.

Talking about the poor performance of Fiat cars in the test, Michiel van Ratingen, Secretary General Euro NCAP said, “It is truly disappointing to see a brand-new car being put on sale in 2018 with no autonomous braking system and no lane assistance. It is high time we saw a product from the FIAT-Chrysler group offering safety to rival its competitors.”