Addressing an event on Saturday, a teary-eyed Kumaraswamy claimed that he was swallowing the pain of a coalition government in Karnataka. 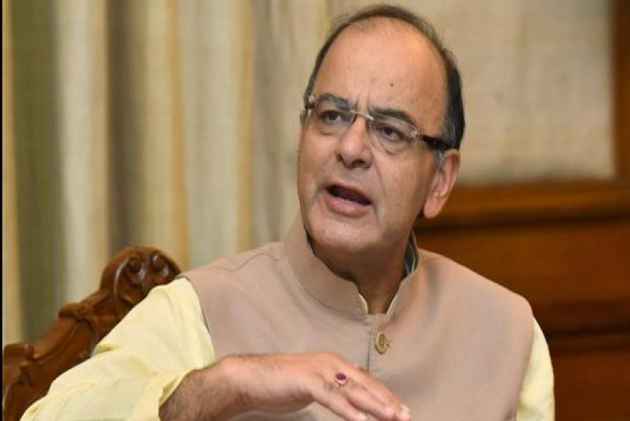 "Listening to these statements of an Honourable Chief Minister, my memory took me back to the dialogues of the tragedy era of Hindi cinema. If this is the consequence of a two-party coalition, what is it that a disparate group of parties with no ideological similarity offer to India? India's Prime Minister and his Government have to overcome the challenges that India faces today. He cannot be seen like the Chief Minister of Karnataka as a tragedy king. If such a coalition is a cup of poison, why even dream of inflicting it on the nation? The leader of the world's fastest-growing economy cannot be a 'Bechara'," Jaitley wrote in a blog post.

Continuing his attack at the Karnataka government and the Opposition parties, Jaitley stated that developments in Karnataka were an obvious consequence of a non-ideological opportunistic alliance with no positive agenda, the basis of which, he said, was to 'Keep Modi Out'.

"Such non-ideological opportunistic coalitions always get trapped within their own contradictions. Their only object is survival and not service of the nation. Their longevity is a suspect. If the Prime Minister of such a coalition has to weep before the cameras with an only wish of how to exit from office, it will be a scenario worse than the policy paralysis of UPA II. The Congress firmly believes that only members of one family can rule India. If anybody else gets a chance, he should be pushed to the desperation of throwing his hands up and weeping publicly," he noted.

With regards to the formation of a third front ahead of the general elections in 2019, Jaitley opined that stable politics was far from the political track record of the "ideologically flexible political groups."

"A group of disparate political parties are promising to come together. Some of their leaders are temperamental; the others occasionally change ideological positions. With many of them, such as TMC, DMK, TDP, BSP and the JD(S), the BJP has had an opportunity to share power. Some amongst this disparate group have an extremely dubious track record of governance. Some leaders are maverick and others include those who are either convicted or charged with serious allegations of corruption. There are many whose political support base is confined to either a few districts or to a particular caste," Jaitley noted.

He continued, "To rule a large country like India through coalitions is possible but the nucleus of a coalition has to be stable. It must have a large size, an ideologically defined position and a vested interest in honest governance. A federal front is a failed idea. It was experimented under Shri Charan Singh, Shri Chandrasekhar and by the United Front Government from 1996-98. Such a front with its contradictions, sooner or later, loses its balance and equilibrium."

Jaitley also noted that if vote bank politics takes precedence over crucial matters of national interest, such as growing terrorism, rising crude oil prices and a possible trade war, such a government would be a liability.

"We need, for the next one decade and more, a high trajectory growth. To confront these challenges, India needs a strong and cohesive Government. More so, it means a decisive political leadership. It needs a Government which is able to resist unfair pressures of either allies or regions. It is the high growth rate, investment into rural India and the social sectors, credibility and strength of the Indian economy which will help us to be domestically strong to meet these challenges. A leadership unsure of itself meets the challenge of eliminating poverty and transforming the world's fastest growing economy into a developed nation?" he asked.

Addressing an event on Saturday, a teary-eyed Kumaraswamy claimed that he was swallowing the pain of a coalition government in Karnataka.

"People are standing with bouquets to wish me, as one of their brothers became Chief Minister and they all are happy, but I'm not. I know the pain of coalition government. I became Vishkanth (Lord Shiva) and swallowed pain of this government," he said.

Kumaraswamy further said he wanted to become the Chief Minister of Karnataka to solve the problems of the people and fulfill the unfinished agenda of his father and former prime minister, H D Deve Gowda.