At the summit, the two sides also held extensive deliberations on bilateral, regional and international issues, including the Rohingya crisis and volatile situation in the Korean peninsula. 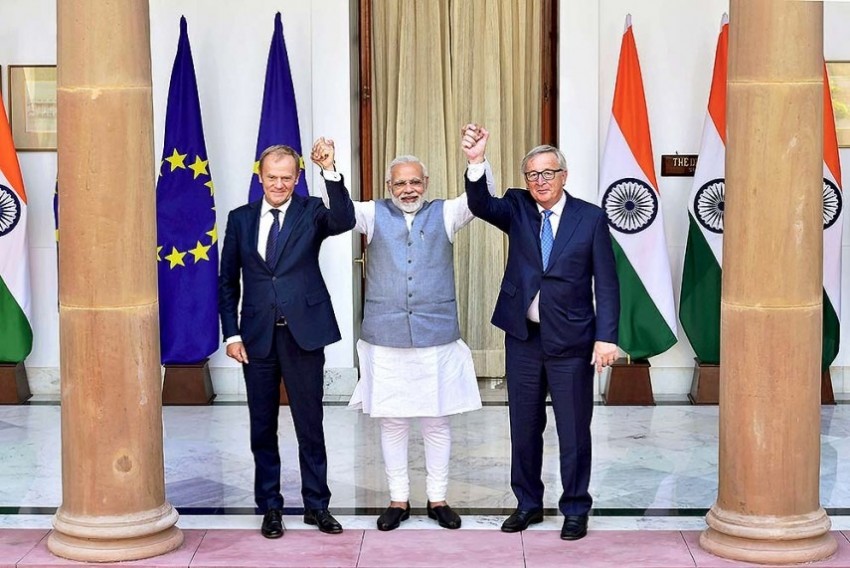 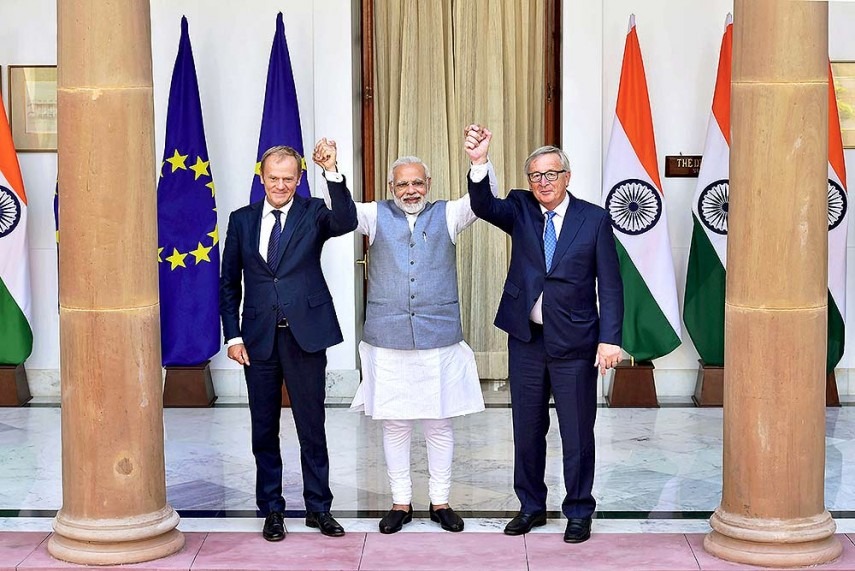 India and the European Union today adopted a declaration to counter terrorism as they discussed ways to strengthen their cooperation in key areas of trade and security during the 14th summit between Prime Minister Narendra Modi and the top EU leadership here.

However, there was no major headway on the much-delayed free trade pact at Modi's meeting with the European Council President Donald Franciszek Tusk and European Commission President Jean-Claude Juncker.

At the summit, the two sides also held extensive deliberations on bilateral, regional and international issues, including the Rohingya crisis and volatile situation in the Korean peninsula.

Tusk said,"We have adopted a joint declaration on counter terrorism in which we agreed to counter violent extremism and radicalisation, particularly online, and to deal effectively with the threat by foreign terrorist fighters, terrorist financing and arms supply."

The two sides also inked three pacts, including one on an international solar alliance, after the summit.

Noting that the EU is the largest investor in India and also its largest trading partner, Juncker said the equation between the two sides will remain unchanged even after Britain exits the 28-nation bloc.

He added that the chief negotiators from the two sides will sit together in the coming days to chart the way forward.

Juncker said the two sides should step up work to ensure free flow of data, but emphasised on high standards of data protection as several Indian IT firms offer their services to companies from the European Union.

He asserted that data protection was a precondition for exchanging personal data freely and fully.

The 28-nation bloc is India's largest regional trading partner with bilateral trade in goods at USD 88 billion in 2016. It is also the largest destination for Indian exports and a key source of investment and technologies.

India received around USD 83 billion of foreign direct investment from Europe during 2000-17, constituting approximately 24 per cent of total FDI inflows into the country during the period, said Ministry of External Affairs spokesperson Raveesh Kumar.

India and the EU have been strategic partners since 2004. The 13th India-EU Summit was held in Brussels on March 30 last year during Modi's visit.

The last year's summit meeting had also failed to make any headway on the resumption of long stalled negotiations for a free trade agreement.

Launched in June 2007, negotiations for the proposed India-EU Broad-based Trade and Investment Agreement (BTIA) have witnessed many hurdles due to major differences on crucial issues like intellectual property rights, and duty cut in automobile and spirits.

Tusk said the two sides have decided to step up cooperation on maritime security in the Indian Ocean and beyond which, he hoped, will lead to enhanced military cooperation.

He also welcomed the resumption of tactical exercise in the Gulf of Aden between EU's Naval Force Atlanta and the Indian Navy.