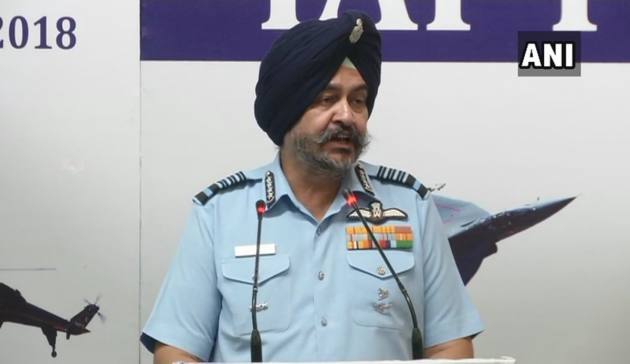 Amid the rising clamour on the Rafale deal, the Indian Air Force Chief, Air Chief Marshal B.S. Dhanoa, on Wednesday said by acquiring the French fighters the IAF was strengthening its depleting fleet.

"By providing the Rafale and the S-400 (anti-missile system), the government is strengthening the Indian Air Force to counter the shortfall of our depleting numbers of aircraft," he said at an event here.

Pointing to IAF's  strength coming down to 31 squadrons from the sanctioned strength of 42, Dhanoa said India faced a shortage of fighter aircraft despite the threat of a two-front war with Pakistan and China.

"Very few countries are facing challenges like us. We have two nuclear-armed neighbours.We have to match neighbours Pakistan and China to tackle a two-front war," he said.

Earlier this month, the IAF Vice Chief, Air Marshal S.B. Deo too, had endorsed the Rafale, deal saying the aircraft will give India "unprecedented combat capabilities".

Besides BJP rebels Sinha and Shourie, the Congress led by its President Rahul Gandhi has been relentlessly attacking the Modi government over the jet deal that was announced by the Prime Minister in 2015.