“My heart says India will win. But my mind says Australia will be tough to beat" 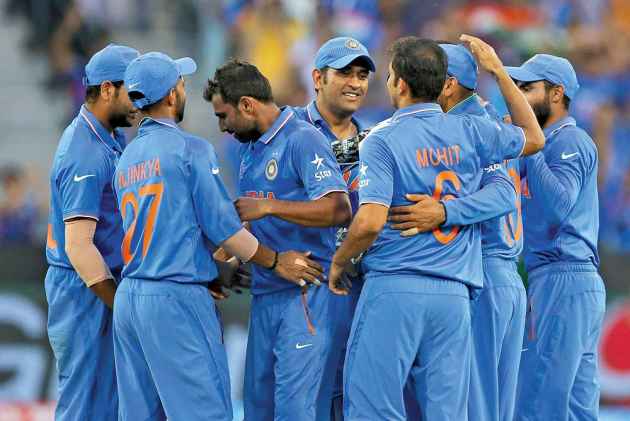 Talking to Outlook almost immediately after Grant Elliott smashed Dale Steyn for a six and placed New Zealand into its maiden World Cup final, the former India wicketkeeper emphasised that it was as much a “do or die” match for the Proteas as it was for the Kiwis. “The South Africans were desperate to win and they made a gallant effort to dash the Kiwis’ hopes. But in doing so they put extra pressure on themselves. The pressure told on them and consequently they began to wilt and let the Kiwis off the hook,” he said.

“The horrendous dropped catch, a skier offered by Elliott, in the penultimate over by Farhaan Behardien and Jean-Paul Duminy in their combined comical confusion and desperation, was probably the turning point. Elliott could well have told them, in the manner of Steve Waugh reported to have famously said to Herschelle Gibbs in the semifinal of the 1999 edition, ‘You’ve just dropped the World Cup.’ This was not the only catch the Proteas dropped. AB de Villiers, of all fielders, floored a big one when his team badly needed a wicket. He was also involved in one of the two missed run-outs. Surely, this was not the team one saw in the quarterfinal and league matches.”

However, Mongia refrained from saying that it was just not South Africa’s day, as many critics did. “I agree they fielded terribly and dropped catches. But to say that it was not South Africa’s day would be incorrect. Do not forget that the result of the match came in the final over in which New Zealand needed 12 runs with six wickets down and Daniel Vettori on strike,” he stressed, getting increasingly animated.

“There are, and there will be, always ifs and buts. What would have happened, if Steyn had bowled a ferocious, tight and unplayable last over? But he made a mess of it. Instead of saying it was not South Africa’s day, I think it is fair to say it was just not Steyn’s day. He appeared completely off-colour today. I thought Elliott batted like a man possessed, particularly in the last few overs, irrespective of mounting pressure and run-rate.”

The Baroda-based stumper further added: “The Kiwis had planned their chase meticulously. Fearing further rain, Brendon McCullum did not want to take any chance and took it upon himself to go after the South African speedsters right from the word ‘go’. What an explosive innings he played. When New Zealand lost a couple of quick wickets, Elliott and Corey Anderson started the process of rebuilding the innings, but did not waste any opportunity to punish bad or loose deliveries; and the South Africans really bowled plenty of them.”

Mongia felt the Proteas were a bit too over-cautious for the first 25 overs, and despite de Villiers and David Miller making up for that when the match resumed after interruption from rain, they probably scored 20 or 30 runs less, considering the strong New Zealand batting line-up.

So proud and confident was de Villiers about his team that he had boasted, “the World Cup is ours for the taking”, on the eve of the semifinal. But there he was, along with Morne Morkel, Faf du Plessis and other teammates, unable to hide their tears after crashing out of the showpiece event after coming agonisingly close to making it to the final.

“They were thoroughly disappointed, shocked even, by their own below-par performance. They are extremely talented, fighting cricketers – these South Africans. They could not control their emotions and allowed their tears to flow. It was a bit moving so long as it lasted – the scene after the Kiwis won and the Proteas went into a shocked silence. They were not just sure but probably a bit over-confident to beat New Zealand and reach the final,” said the veteran of 44 Tests and 140 ODIs.

Mongia, who represented India in the 1996 World Cup on the subcontinent and the 1999 World Cup in England, is of the opinion that now that they have reached the semifinal, Mahendra Singh Dhoni and company have “a good chance” to win the 2015 edition and retain the title they won in 2011.

Asked for his views on the Australia-India semifinal to be played on March 26, the affable, ever-smiling Mongia said: “My heart says India will win. But my mind says Australia will be tough to beat. But, mark my words, it is going to be a very close contest. All our leading batsmen and bowlers are in cracking form and there is no reason why they cannot give their Australian counterparts a good run for their money.”

He hastened to add: “Australia may have an edge over India in batting and fast bowling. But we have better spinners and the Sydney wicket has a reputation to assist slower bowlers. Spinners may not hold much of a sway against a team setting a target even on a slow turner. But they often do against a side chasing a target, especially under the floodlight.”

Mongia said he was “100 per cent sure” that both Dhoni and Michael Clarke would prefer to bat on winning the toss. “I do not exactly know what kind of a pitch has been prepared for this all-important and much-awaited semifinal. But to avoid being under pressure of chasing under floodlight, team batting first would want to make a score of around 300 to 325 runs in 50 overs,” he said.

“India may be playing thousands of miles away from home and on a different continent, but the plus point in favour of Dhoni and his team is that nearly 70 per cent spectators at the Sydney Cricket Ground will be Indians, who are reported to have purchased the tickets. Support from their own spectators can be a big boost both for an individual player and an entire team. So Sydney on March 26 will be home away from home for Team India. It will be a major advantage for Dhoni and his boys, who should make the most of their supporters’ presence and try and stun Australia.”