The two leaders also deliberated on regional situations during their wide-ranging talks. 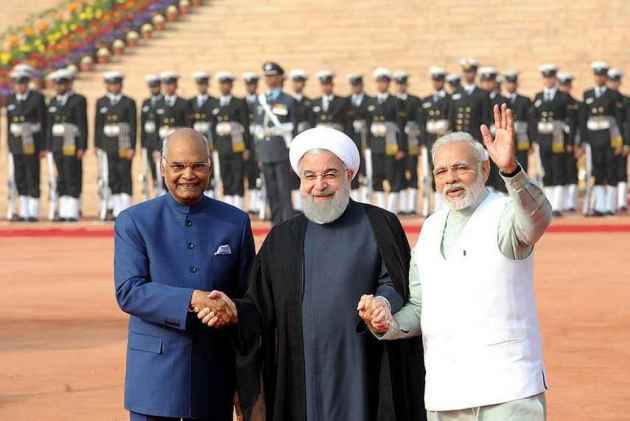 The two leaders also deliberated on regional situations during their wide-ranging talks.

Addressing a joint press event with Rouhani, Modi said the visit by the Iranian president shows how the two sides want to deepen cooperation in key areas, including connectivity.

Giving details of their comprehensive talks, Modi said they discussed threats posed by terrorism, drug trafficking and other challenges.

On his part, Rouhani said, "We are determined to combat terrorism and extremism."

The Iranian leader also said that regional conflicts must be resolved through diplomacy and political initiatives.

Apart from tax pact, the two sides also exchanged instrument to ratify the extradition treaty as well as to simplify visa process.

Earlier, Rouhani was given a ceremonial welcome at Rashtrapati Bhavan.

In the morning, External Affairs Minister Sushma Swaraj called on Rouhani and discussed various issues with him.