India Is My Home, But…

On my 10th Diwali here, the fact that such a fabulous country, full of brilliant, enterprising, resourceful, family-minded, caring people seems suddenly less than welcoming is tragic… 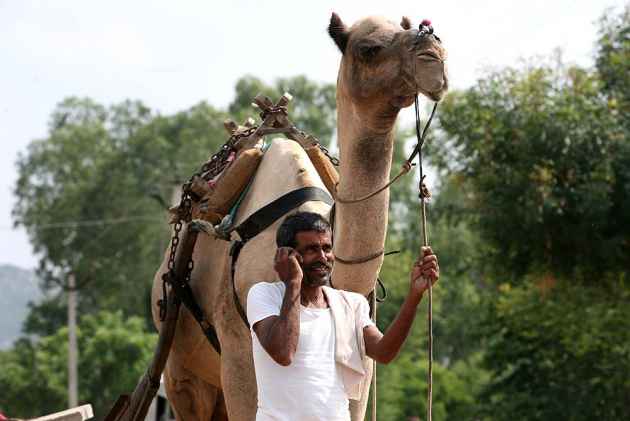 Nothing like a significant anniversary to make one sit back and take stock.

In my case it is 10 years this week since we moved back to India, lock stock barrel, 2 teenagers, 3 dogs and 4 cats. The expat wanderings were finally over, since my husband had retired, and this meant putting down permanent roots in India, which was to be/still is our forever home.

Ten years is a serious enough block of time to warrant a balance sheet. So let's start by looking at the undeniably plus side of things, shall we?

Over the last 10 years India has become increasingly good for all consumers. Take food, for example. Just about anything your little heart desires is now available for sale here, be it decent Indian produced wine, excellent baguettes freshly baked every day, increasingly exotic veggies and salads. So, yes, food consumer-wise, no complaints. I'll get to the beef and dal in just a mo.

You can buy all the phoren label clothes you wish at excellent prices here (so my children assure me) — all the Zaras and Mangos and H&Ms and French Connections & Marks & Sparks. I still find it odd to see the Early Learning Centre & W.H.Smiths at the airport, but there you go. It's clearly what the punters want.

Gone are the days when you (sshhh) smuggled in electronics from Dubai or Hong Kong. Anything and everything you want is available here at globally competitive prices. Mobile connectivity has improved beyond all recognition, and it always gladdens my stroppy old heart when I see street vendors and rickshaw-walas and maids and malis with mobiles, knowing full well that in the bad ol' 80s & 90s, there is no way they would have been able to get a phone connection.

There are now more TV channels than you can shake a stick at, and so the news, the breaking news, the not-even-news-but-what-the-heck stories — all of these are available for everyone, immediately. We all know straight away what's happened. Or what someone speculates might have happened. This isn't a uniquely Indian phenomenon, far from it, but it is one of the biggest changes I've noticed over the past decade.

And with this immediacy of news comes the immediacy of reaction. And often, the irresponsibility of reaction. But let's shout it from the rooftops: it is amazing and impressive that India has such a noisy, boisterous, raucous free press. Better this any day than government restrictions and controls, so despite all the drivel and all the unutterably trivial "Breaking News" stories we have to suffer through. (Though I could have done without the ‘breaking news' flash that Indrani Mukerjea ate a sandwich.)

So far, then, so good. But, of course, the other side of the balance sheet has to be examined, and this is a scenario that is changing day on day and, sadly, for the worse.

A few years ago, the scenario wasn't quite as depressing as it is now. From a country wearied by years of incompetent governance and blatant corruption, the Anna Hazare protest years were an amazing development. To see the solidly middle-class, usually apolitical and wanting only to get on and lead their lives, out there in their thousands, protesting against corruption was a heartening, heart-quickening time.

India was fed up of being badly governed, and showed it.

And look at us now.

We are killing people because they might have had beef in their fridge.

We are threatening to behead people simply because they say they have the right to eat beef.

We are banning alcohol.

We are banning beef.

We are threatening to barge into hotels and restaurants to check if there is…heck, you all know the rest of this story. No need to go on, is there?

India c2015 has suddenly become a distinctly intolerant-sounding place. Admittedly it is only a few people threatening and murdering, but the ominous silence from the powers that be is even more terrifying than the idiocies being uttered by a few extremists.

And that is what is deeply disturbing about India, 10 years on.

The fact that such a fabulous country, full of brilliant, enterprising, resourceful, family-minded, caring people seems suddenly less than welcoming is tragic.

I live here. This is the country where, barring a travel accident, I shall die and be buried. This is my forever and ever home.

And all of a sudden I don't feel as comfortable here as I should do. Thirty-plus years of travelling here — often alone and in seriously remote places — and yet now, as I slip into my senior years, I am being touched up and groped. Seriously? Feeling up an old lady? Though to be fair to India at large, the low life creeps who have groped me have all been in Delhi, where, incidentally, we are choking on filthy air and spending miserable hours in endless miserable traffic jams.

Those are our specific Delhi problems.

So, yes, the 10-year State of the Nation analysis isn't half as shiny and positive as one would've hoped.

What's the point of all the superficial trappings of progress — the malls and the smart cinemas — what's the point of being able to order an excellent macchiato or buy an imported designer label, if daal is too expensive for the common man to buy, and people kill in the name of God.