In IMD parlance, departure means an increase or decrease (here increase) from the average mean temperature/rainfall of the given time period based on 30 years' records. 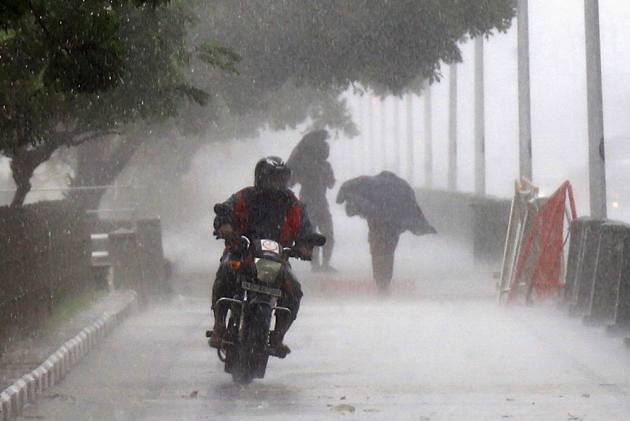 For more than 10 days now, the southern states that have been facing excessive rains. They have clocked in record rainfall in November with Andhra Pradesh receiving 156 per cent excess rains, Kerala showing 148 per cent departure, while Tamil Nadu witnessed a 115 per cent departure, IMD data showed on Friday.

The India Meteorological Department (IMD) data has also shown that Karnataka has received as much as 292 per cent excess rainfall for the month. And it is not just the northeast monsoon that is bringing in these excessive rains causing massive floods leading to loss of lives and damage to property.

The departure for November rains - till November 26 - in Karnataka is more than any other states simply because except some parts of southern Karnataka, for other parts, the major rainfall months are for the southwest monsoon months of June to September. Northeast monsoon brings rainfall to south Karnataka, Kerala, Tamil Nadu, coastal Andhra Pradesh and some parts of Telangana.

In IMD parlance, departure means an increase or decrease (here increase) from the average mean temperature/rainfall of the given time period based on 30 years' records. IMD's head of the Long-Range Forecast, D.S. Pai said: "There was one cyclonic storm and then, one after another, there have been two depressions and low-pressure systems continuously because of the easterly waves. This has been bringing in more rains than normal." The last time there was a similar situation was in November 2015 when Chennai and many other areas of Tamil Nadu had witnessed similar excessive rains.