The chief minister said people need to understand that the country is passing through a very difficult phase and at such a time, the country needs the Congress organisation, its ideology, policy and programmes. 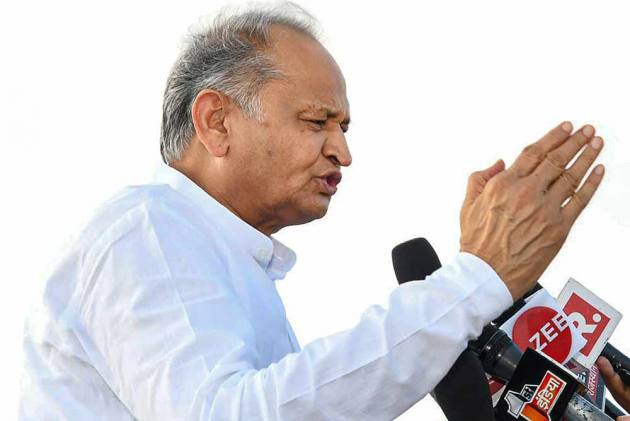 Expressing concern over alleged provocative remarks made at a recent event in Uttarakhand, Rajasthan Chief Minister Ashok Gehlot on Tuesday said the country needs to understand the crux of the debate of ‘Hindu versus Hindutva’ started by Congress leader Rahul Gandhi.

“Rahul Gandhi started a debate on Hindu versus Hindutva, and there is a need to understand its meaning… The crux was that on one hand, there is a Hindu whose great values have been there for centuries, whose expressions are of love and brotherhood and the forces which are doing politics in the name of Hindutva, their becoming Hindu is pseudo, they are fake Hindus,” he told reporters here.

Extremely provocative speeches inciting violence against Muslims were allegedly made by participants at the event held at Ved Niketan Dham in Uttarakhand’s Haridwar from December 16 to 19. It was organised by Yati Narasimhanand, the priest of Dasna temple in Ghaziabad. Gehlot said the language used at the event was shameful. “We respect the saints and their saffron clothes itself give the message of sacrifice and culture, but the words that some of those saints have spoken were shameful and condemnable…,” he said.

The chief minister said people need to understand that the country is passing through a very difficult phase and at such a time, the country needs the Congress organisation, its ideology, policy and programmes. He asserted that no matter how much force is used, the agenda of “Congress-free India” will not be fulfilled.

“Those who talk of 'Congress Mukt Bharat' will become 'Mukt',” he said. “Congress rules in the hearts of the people across the country. Everyone knows that in the freedom struggle, how many people went to jail and made sacrifices and gave a message of unity, which forced the British to quit India,” he said. Gehlot said that the Constitution is under threat, institutions are being destroyed, and the entire country is concerned.

He said Congress workers should take a pledge to strengthen the party by following and spreading its principles, policies and programmes. “I would like to tell the party workers that the future of the country depends on you. You should brainstorm on the current situation, unite and stand firmly with the common man. Unite to face the challenges which are there in front of the country, be it inflation or unemployment,” he said.