A search operation for the missing persons is underway at Lahaul-Spiti with the help of the state police and ITBP teams. 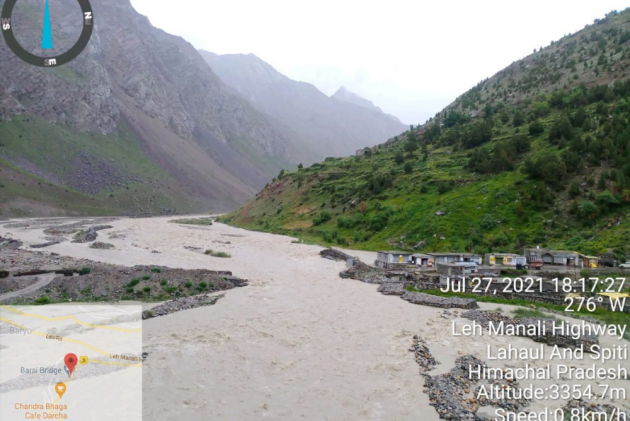 After a massive landslide in Kinnaur three days back, another high altitude tribal district –Lahaul Spiti has been hit by a grave tragedy.

Nive people have died and at least seven others are missing following a flash flood triggered by a cloud burst in the Udaipur area of Lahaul-Spiti late on Tuesday.

Sudesh Mokhta, Special Secretary, State Disaster Management Authority said the search operation continued during the night but there is no trace of the missing persons following flash floods in the Tozing Nullah .

Two men are dead in Chamba district, he added.

In Kullu district, four people, including a hydro project official and a Delhi tourist, are missing and feared dead.

In Lahaul-Spiti’s Udaipur, 12 labourers were washed in flash floods around 8 pm on Tuesday, Mokhta said. Seven bodies were recovered, two rescued with injuries and three are still missing, he added.

Four of the dead are from Himachal Pradesh’s Mandi while one is from Reasi of Jammu and Kashmir. Two bodies are yet to be identified. The dead have been identified as Sher Singh (62), Mehar Chand (50), Nirath Ram (42) and Room Singh (41), all from Mandi; and Mohamed Slaim of Kunderdhan in Reasi, J-K. 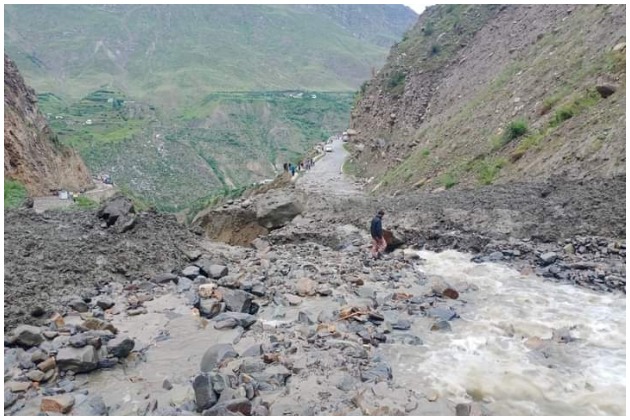 There are reports about some tents of the migrant labourers having been washed away by the flash floods beside some government machinery.

Mokhta said that "a search operation is underway at Lahaul-Spiti with the help of the state police and ITBP teams. However, due to the massive flow of gushing water, the rescue parties are facing problems”

Superintendent of police Mandi Shalini Agnihotri said that the Mandi–Kullu-Manali highway is also closed due to landslides and no traffic mobility is possible on the road.

Reports said hundreds of tourists' vehicles were stranded in Lahaul-Spiti, Kullu and Mandi districts due to heavy rains, landslides and falling rocks in the state.

A massive landslide also took place in Shimla near Tenzin hospital on Panthaghati bypass road. No human loss was reported. 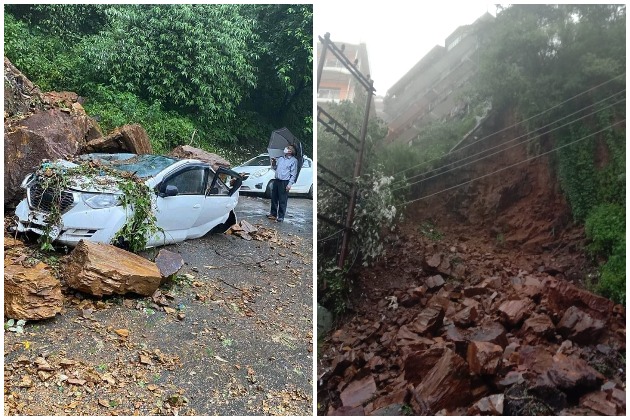 The MeT department has already issued a weather warning for the next 72 hours asking people not to venture out unless it's important.

Chief Minister Jai Ram Thakur expressed shock over the loss of lives during the past few days and appealed to tourists not to go close to places prone to flash floods and also avoid unnecessary travels. He asked Deputy Commissioner Lahaul-Spiti to provide all help to the people affected by the flash flood at Udaipur.

Meanwhile Border Roads Organisation ( BRO) informed this morning that the Manali -Leh highway and Manali-Udaipur highway are also closed for the next 12 hours. Conditions are not safe even for road clearance.