The Maoists triggered an improvised explosive device (IED) to target the police vehicle. 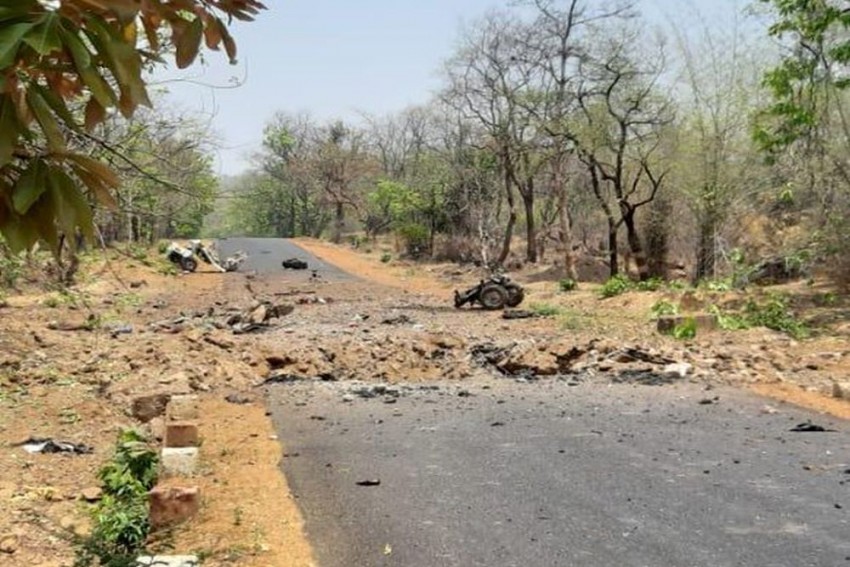 The blast was executed by Maoists on a police vehicle which was carrying 16 security personnel.
Image Credit: Twitter/ ANI
Outlook Web Bureau May 01, 2019 00:00 IST 15 Security Personnel, Driver Killed In IED Blast By Maoists In Maharashtra's Gadchiroli 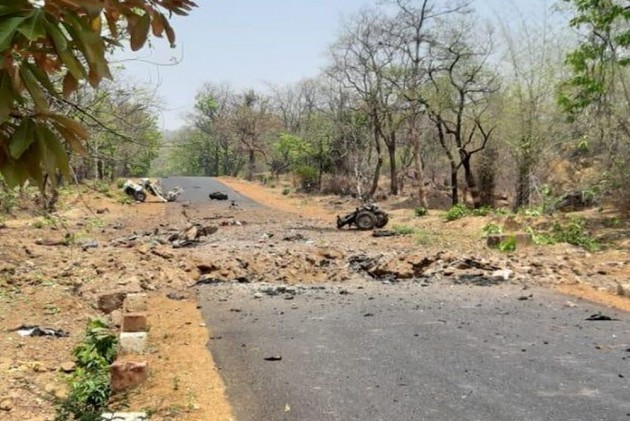 At least 15 C-60 commandos, including a woman, and a driver, were killed in a blast on two security vehicles triggered by Maoists in Kurkheda tehsil of Gadchiroli district on Wednesday afternoon, Maharashtra Finance Minister Sudhir Mungantiwar said.

The C-60 Force, comprising locals as well as police personnel, was formed to tackle the Maoist menace. Several more troopers were injured and the two vehicles were blown to pieces in the attack.

"This is a massive tragedy coming on a day when the entire state is celebrating Maharashtra Day," he told newspersons.

Amid apprehensions that the toll could increase, Mungantiwar said that he had spoken with the concerned district and security agencies and would soon speak with Chief Minister Devendra Fadnavis.

The incident occurred hours after suspected Maoists torched at least 36 heavy vehicles and two site offices of a road building contractor, near Dadapur village in the Kurkheda sub-district.

"Strongly condemn the despicable attack on our security personnel in Gadchiroli, Maharashtra. I salute all the brave personnel. Their sacrifices will never be forgotten. My thoughts & solidarity are with the bereaved families. The perpetrators of such violence will not be spared," Modi said in a tweet.

"Anguished to know that our 16 police personnel from Gadchiroli C-60 force got martyred in a cowardly attack by naxals today. My thoughts and prayers are with the martyrs’ families. I’m in touch with DGP and Gadchiroli SP," said Fadnavis.