10 States, Including Maharashtra And Delhi, Reporting Over 80% Of New Covid-19 Cases 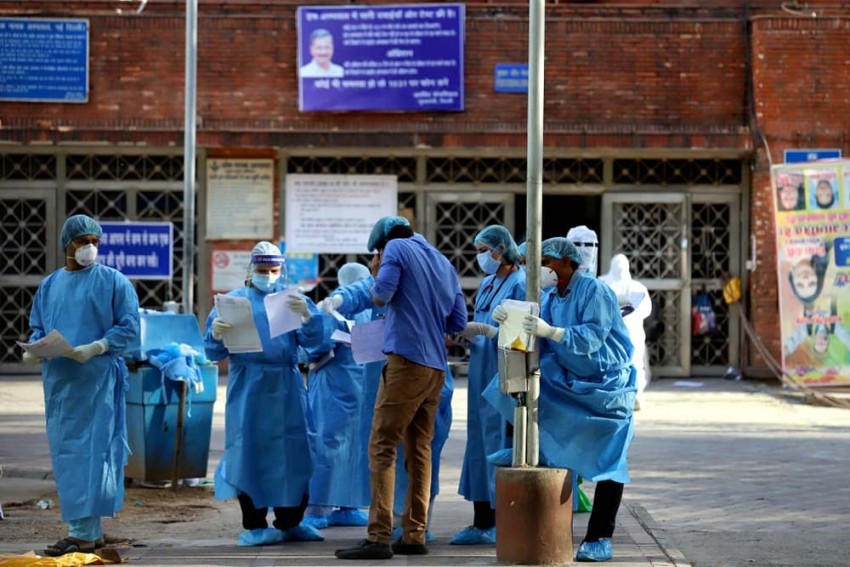 India's daily new cases continue to increase as a record 2,17,353 new infections have been registered in a span of 24 hours.

Maharashtra has reported the highest daily new cases at 61,695. It is followed by Uttar Pradesh with 22,339 while Delhi reported 16,699 new cases.

India's total active cases has increased to 15,69,743 and now comprises 10.98 per cent of the country's total infections. A net increase of 97,866 cases have been recorded in the total active case tally in a span of 24 hours.

Maharashtra alone accounts for 39.60 per cent of the total active cases in the country, the ministry said.

Ten states account for 85.40 per cent of the new deaths. Maharashtra saw the maximum casualties with 349 followed by Chhattisgarh with 135 daily deaths.

Ten states and UTs have not reported any COVID-19 deaths in the last 24 hours. These are Ladakh, Tripura, Meghalaya, Sikkim, Nagaland, Mizoram, Manipur, Lakshadweep, Andaman and Nicobar Islands and Arunachal Pradesh.

On the other hand, the cumulative number of COVID-19 vaccine doses administered in the country has crossed 11.72 crore as part of the world's largest coronavirus vaccination drive.

Maharashtra, Rajasthan, Uttar Pradesh, Gujarat, West Bengal, Madhya Pradesh, Karnataka and Kerala account for 59.63 per cent of the total doses inoculated so far in the country.

Over 27 lakh vaccination doses were administered in a span of 24 hours.