Only one member of the family was found alive outside the hut. Among those found dead are five children. 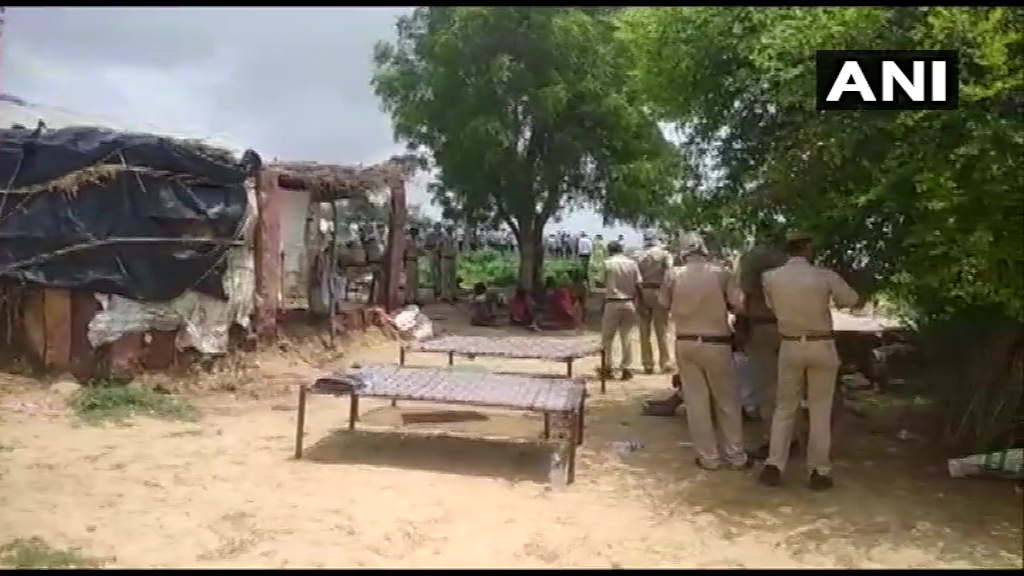 Eleven members of a family of Pakistan Hindu migrants were found dead at a farm in Rajasthan's Jodhpur district on Sunday morning, police said.

A member of the family, however, was found alive outside the hut. They lived at Lodta village of the Dechu area, over 100 km away from Jodhpur city, an officer said.

"But he claimed to have no idea about the incident, which is believed to have happened in the night," said Superintendent of Police (Rural) Rahul Barhat.

"We are yet to ascertain the cause and means of death. They appeared to have committed suicide by consuming some chemical in the night," Barhat said.

He said there was a smell of some chemical in the hut, suggesting they consumed something.

The family belonging to the Bhil community had come to India from Pakistan's Sindh province in 2015 on a long-term visa. They had been living at the Lodta village farm, which they had hired for farming, for the past six months.

”There was neither any injury mark on any of the bodies nor any evidences of any foul play,” the SP said. "But we have roped in a forensic team and a dog squad before arriving at any conclusion," he said.

Preliminary investigation indicated that there was some dispute in the family over some issue.

"Once we interrogate the survivor, we would be in a position to find out what had led to this incident," he said.

According to a police officer, the victims lived under threat from the family of their daughter-in-law, the wife of Kewal Ram (35), the surviving member of the victim family.

“She has been living with her family in Jodhpur for the past some time due to some dispute,” said the police officer, citing this as a possible trigger for their suicide.

According Kewal Ram (35), they had dinner between 9 pm and 10 pm on Saturday night and went to sleep.

“I went to guard our crop from animals and slept there,” he said.

In the morning, when he came back, he found all his family members dead.

“I then called my nephew who rushed to the spot with some other persons and informed police," said Kewal Ram, expressing his ignorance about the incident.

The bodies have been sent for autopsy in Jodhpur and a medical board has been constituted to find out the cause of their death.

“The deceased include two men, four women and five children. One after other, very frightening incidents reflecting the deteriorating situation of the state, are coming to the fore. The government should swing into action and clear the picture," Shekhawat tweeted.