Globally, as of Thursday morning, the total number of cases stood at 4,995,712, while the death toll increased to 328,095, the University's Center for Systems Science and Engineering (CSSE) revealed in its latest update. 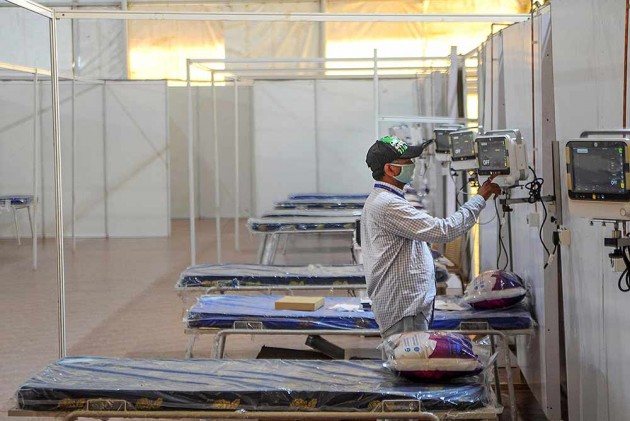 India has registered another 5,609 positive cases of novel coronavirus in the last 24 hours, taking the tally to 1,12,359, the Ministry of Health and Family Welfare said on Thursday morning. Besides, another 132 people died due to COVID-19, the ministry informed. The total number of casualties in India has reached 3,435.

The increase of 132 deaths reported since Wednesday morning includes 65 were from Maharashtra, 30 from Gujarat, nine from Madhya Pradesh, eight from Delhi, four each from Rajasthan and Uttar Pradesh and three each from West Bengal and Tamil Nadu

The death toll reached 41 in Karnataka, 40 in Telangana and 38 in Punjab.

Jammu and Kashmir has reported 18 fatalities due to the disease and Haryana 14, while Bihar has registered 10 deaths and Odisha six.

Kerala and Assam have reported four deaths each so far.

Jharkhand, Chandigarh and Himachal Pradesh each have recorded three COVID-19 fatalities, while Meghalaya and Uttarakhand have reported one fatality each, according to the data provided by the health ministry.

According to the ministry's website, more than 70 per cent of the deaths are due to comorbidities, the existence of multiple disorders in the same person.

Haryana has reported 993 coronavirus infection cases so far while Kerala has 666 cases. A total of 231 people have been infected with the virus in Jharkhand and 202 in Chandigarh.

Ladakh has reported 44 COVID-19 cases, while the Andaman and Nicobar Islands has registered 33 infections.

Manipur has 25 cases, Puducherry 18 and Meghalaya 14. Mizoram, Arunachal Pradesh and Dadar and Nagar Haveli have reported a case each till how.

"1,403 cases are being reassigned to states," the ministry said on its website, adding "our figures are being reconciled with the ICMR".

State-wise distribution is subject to further verification and reconciliation, it said.

Meanwhile, the total number of global coronavirus cases has increased to nearly 5 million, while the death toll has surged past 328,000, according to the Johns Hopkins University.

As of Thursday morning, the total number of cases stood at 4,995,712, while the death toll increased to 328,095, the University's Center for Systems Science and Engineering (CSSE) revealed in its latest update.

Meanwhile, the UK accounted for the second highest COVID-19 deaths worldwide at 35,786.