Invoking rule 56(j) of the Fundamental Rules, the government has sacked Central Board of Indirect Taxes and Customs officers, some of whom were already under suspension, according to a Finance Ministry order. 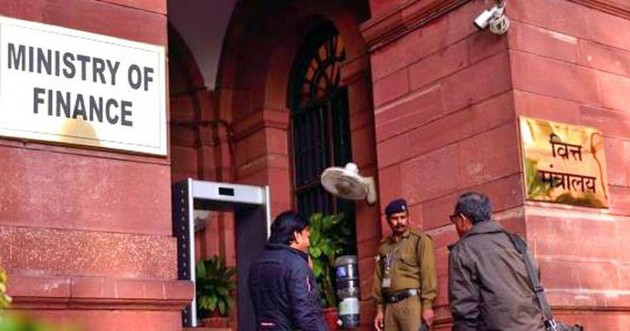 After sacking income tax officers, the goverment Tuesday dismissed from service 15 senior customs and central excise officials, including one of the rank of principal commissioner, on charges of corruption and bribery.

Invoking rule 56(j) of the Fundamental Rules, the government has sacked these Central Board of Indirect Taxes and Customs (CBIC) officers ranging from the ranks of Principal Commissioner to Assistant Commissioner, some of whom were already under suspension, according to a Finance Ministry order.

These officers either had corruption cases registered against them by the CBI or were involved in bribery, extortion and disproportionate assets cases, news agency PTI quoted Finance Ministry sources as saying.

Among those dismissed include Principal Commissioner Anup Srivastava, who was serving as Principal ADG (Audit) in the Central Board of Indirect Taxes and Customs (CBIC) in Delhi, and Joint Commissioner Nalin Kumar, the order said.

Sources told that the CBI had in 1996 registered a criminal conspiracy case against him and alleged that he had shown favours to a house building society which was trying to obtain NOC for land purchases in violation of law.

The CBI had booked another case against him in 2012 for allegedly demanding and accepting bribe from an importer to cover up a duty evasion case.

He also had complaints of selective arrests, harassment and extortion against him.

Joint Commissioner Nalin Kumar, who was under suspension, had CBI cases against him relating to allowing fraudulent drawback and disproportionate assets, too was dismissed from service on Tuesday.

"In exercise of the powers conferred by clause (j) of rule 56 of the Fundamental Rules, the President of India has retired 15 Officers of Indian Revenue Service (C&CE) in public interest with immediate effect on completing 50 years of age," a Finance Ministry tweet said.

All these 15 officers shall be paid a sum equivalent to the amount of pay & allowances for a period of 3 months calculated at the same rate at which they were supposed to be withdrawing them (pay & allowances) immediately before their retirement, it added.

Rule 56(j) of the Fundamental Rules allows the appropriate authority to retire any government servant, in public interest, by giving notice of three months.

Commissioner in Kolkata Sansar Chand, who was allegedly involved in bribery, while Chennai-based Commissioner G Shree Harsha, who had a disproportionate asset case to the extent of Rs 2.24 crore, too were sacked. In case of these two officers, CBI had laid a trap and nabbed them.

Two commissioner rank officers -- Atul Dikshit and Vinay Brij Singh-- who were under departmental suspension too have been dismissed from service by the government. While Dikshit had disproportionate asset case and a CBI case of fraudulent drawback against him, Singh had a DRI case against him of over-invoicing.

Deputy Commissioner Amresh Jain of the Delhi GST zone, who had a Rs 1.55 crore disproportionate asset case and cash recovery of Rs 95.24 lakh against him, was also sacked.