A 15-year-old school student was swept away by surging waters after falling into an open stormwater drain in Bhubaneswar on Sunday. Despite massive search operations, his body was found 20 hours later. 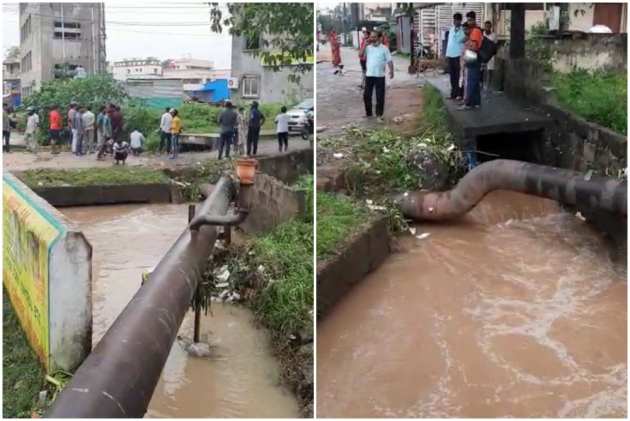 Nearly 20 hours after a 15-year-old school student was swept away by surging waters after falling into an open stormwater drain in Bhubaneswar, his lifeless body was recovered by rescue workers at around 10 am today. Jyoti Prakash Behera, a Class-X student, fell into a drain in the city's Shatabdi Nagar area and was swept away while cycling his way to tuition at about 2 pm yesterday afternoon.

A massive rescue operation was launched by nearly 30 fire service personnel after the incident last afternoon, but to no avail. The search operation, which was halted after evening, resumed at 6 am this morning. The bloated body of Jyoti Prakash was spotted at Panchashakha Nagar here and taken to All India Institute of Medical Sciences (AIIMS), Bhubaneswar where his family members identified it.

The Bhubaneswar Municipal Corporation (BMC) is under fire for repeated such incidents over the last few years. Seven people, including three minors, have died after falling into open drains since 2015 when a minor boy was swept away by drain water in Nayapalli area. “It’s the height of callousness. I don’t know what it would take for the BMC to wake up,” said an angry Baboo Patro, a resident of Baramunda.

Odisha To Provide Rs. 3000 Each To Roadside Vendors From CM Relief Fund

The Bhubaneswar Unit of BJP has lodged an FIR against the BMC, naming the commissioner in person, at the Khandagiri police station. “This is willful murder. The police should immediately arrest the commissioner,” said BJP leader Dilip Mohanty, demanding compensation of Rs 1 crore to the family of the deceased. On its part, Congress organized a dharna in protest and demanded a Rs 50 lakh compensation for the victim's family.

Concerned citizens had earlier knocked on the doors of the Supreme Court in 2017 following several such incidents. The court had directed the state government to ensure that no drain remained open. But the state government did precious little to comply with the SC directive after writing letters to the BMC, the PWD department, National Highway Authority of India (NHAI) and IDCO in this regard. As a result, vast stretches of drains remain uncovered with slabs. Nearly half the 600 km-long drains of BMC and PWD remain uncovered, putting the lives of citizens in danger after heavy rains.