The fire broke out after a blast in the air conditioner caused either due to the short circuit or overloading. 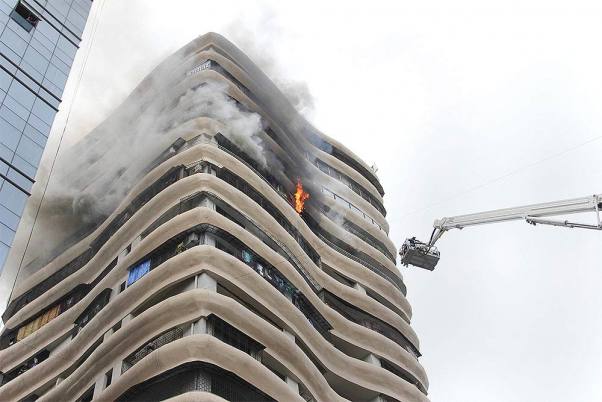 After a fire broke out in the ICU of a private hospital in Surat, as many as 16 critical Covid-19 patients were rescued and shifted to safer places, on Sunday night, officials said. No casualty was reported due to the blaze, they added.

"There were sixteen patients in the ICU of the hospital located on the fifth floor of the building where the fire broke out. The fire department team rescued 11 patients, and the remaining five were shifted to safer places by the hospital staff before the fire team arrived," said Basant Pareek, In-charge the Chief Fire Officer of Surat Municipal Commission (SMC).

The fire broke out after a blast in the air conditioner caused either due to the short circuit or overloading, he said.

Delhi: Fire Breaks Out At Safdarjung Hospital, Patients Moved Out

Out of 11 patients rescued by the fire department personnel, five were taken to the SIMMER, a hospital run by the city civic body, four to Sanjeevani Hospital, and the remaining two to other floors of the Ayush Hospital, Pareek said.

The officials were trying to find out the whereabouts of the remaining five patients who were rescued by the hospital staff, he said.

As many as fifteen fire tenders were rushed to the hospital after the fire was reported at around 11.40 pm, and the fire was brought under control within half an hour with the help of two tenders, Pareek said.