Two Illegal High-Rises Razed To Ground In Seconds In Kochi

The high-rise apartment complex was brought down through controlled implosion method. 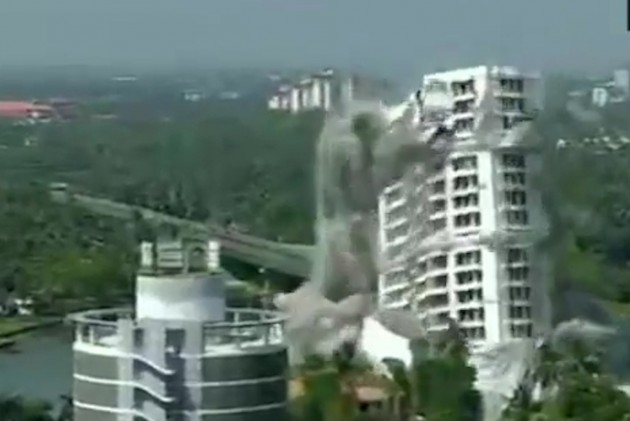 The first illegal water-front complex,  a 60-meter high and 19-storey building known as Holy Faith H20, was demolished at 11.18 am. The twin towers of Alfa Serene apartment were demolished just minutes later.

Both the structures came crashing down in seconds, in a cloud of dust.

Thousands of people watched the demolition from outside the evacuation zone.

A total of 343 waterfront flats were built in the complexes, violating the Coastal Regulation Zone norms.

The Apex Court had in September 2019 directed demolition of the apartment complexes within 138 days, a timeline given by the Kerala government.