Shiromani Akali Dal MLA Manjinder Singh Sirsa also lashed out at the Congress over the continuance of Kamal Nath as Chief Minister despite his alleged involvement in the 1984 riots targeting the Sikh community. 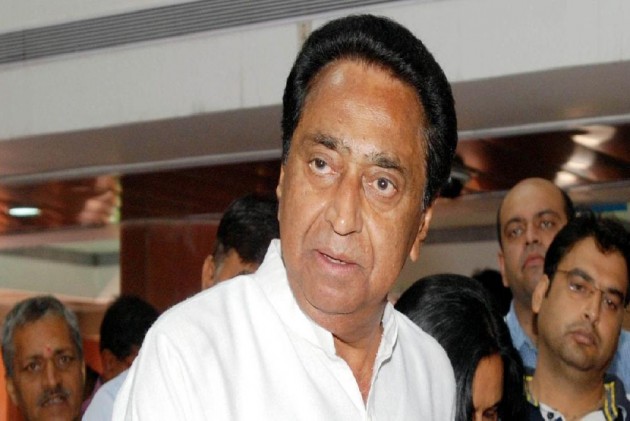 A Special Investigation Team (SIT), set up by the Union Home Ministry, has decided to reopen seven anti-Sikh riot cases, where the accused were either acquitted or the trial closed, according to an official notification.

After the notification became public, Delhi MLA Manjinder Singh Sirsa said senior Congress leader and Madhya Pradesh Chief Minister Kamal Nath had allegedly given shelter to five people who were accused in one of the seven cases.

"Nath was never named in the FIR registered in New Delhi's Parliament Street police station. Five persons named as accused in the case (FIR No. 601/84) were accommodated in Nath's residence. All these accused were discharged due to lack of evidence.

"Since the SIT will reinvestigate this case also, two witnesses will appear before the SIT where they will tell about Kamal Nath's role in the riots," Sirsa said.

The witnesses were Sanjay Suri, who now lives in England, and Mukhtiyar Singh, who is now in Patna, he said.

"I have spoken to both of the witnesses and they are ready to appear before the SIT to record their statements," Sirsa said.

The case is related to a mob of rioters storming the Gurdwara Rakab Ganj Sahib here.

Nath had previously denied the charges.

According to the Home Ministry notification, the SIT has taken up the discharged cases for scrutiny or preliminary enquiry.

The SIT has issued public notices asking individuals and organisations to provide information related to the seven cases.

"This is to inform to all individuals, groups of persons, associations, institutions and organisations that if they have any information in respect of any of the cases, they may contact the officer-in-charge of SIT police station," the SIT said.

Sirsa claimed that Kamal Nath's name was never included in the FIR nor was he investigated by the police.

The SIT was set up on February 12, 2015, following a recommendation by the Home Ministry-appointed Justice (retd) G P Mathur committee.

The SIT has so far re-opened around 80 out of the 650 cases registered in connection with anti-Sikh riots following the assassination of the then Prime Minister Indira Gandhi. Gandhi was shot dead by her Sikh bodyguards on October 31, 1984.

A total of 3,325 people were killed in the riots in which Delhi alone accounted for 2,733 deaths, while the rest occurred in Uttar Pradesh, Haryana, Madhya Pradesh, Maharashtra and other states.

The Delhi Police had closed 241 cases citing lack of evidence. Justice Nanavati Commission had recommended reopening of only four of them but the Modi government constituted the SIT for re-investigation of all cases which the probe team finds appropriate.

The CBI had reopened and re-investigated only four cases. In two of them, the probe agency had filed a charge sheet and in one, five persons, including a former MLA, were convicted.

Last year, Congress leader Sajjan Kumar was sentenced to life for his role in the anti-Sikh riots.

On December 10, 2014, the Narendra Modi government had announced an additional compensation of Rs five lakh to the kin of each of those killed in the 1984 riots.

In May 2016, the Home Ministry had announced that 1,020 families, which had been hit by the riots and migrated to Punjab from different parts of the country, will be given Rs two lakh each as part of a centrally-sponsored rehabilitation scheme.