2 Killed In Clash Between YSRCP, TDP In Anantapur District

2 were killed in Anantapur district of Andhra Pradesh and more than 10 others were injured as clashes between TDP and YSRCP at various places marked the polling on Thursday. 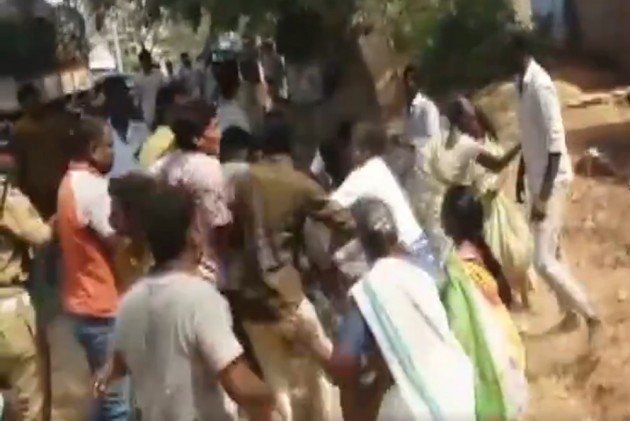 A YSRCP and TDP activist were killed in a clash in Anantapur. More than 10 others, including Andhra Pradesh Assembly Speaker Kodela Sivaprasad Rao, were injured as clashes between TDP and YSRCP at various places marked the polling on Thursday.

Siddha Bhaskar Reddy, a worker of the ruling Telugu Desam Party (TDP), was killed when he was attacked allegedly by the activists of opposition YSR Congress Party (YSRCP) in Tadipatri Assembly constituency in Anantapur district, police said.

Reddy was critically injured in the clash at a polling booth in Devapuram village. He succumbed to his injuries on way to the hospital.

EVM Glitches In Some Places Result In Delay As Voting For LS, Assembly Polls Begins In Andhra Pradesh

Clashes between the workers of the two parties were reported from various parts of the state including Guntur and Prakasam districts.

Senior TDP leader and Speaker Kodela Sivaprasad Rao fell unconscious in an alleged attack by YSRCP activists in Sattenapalli Assembly constituency in Guntur district. Kodela's shirt was torn by the attackers at a polling centre in Yanametla village.

Polling was underway for all 25 Lok Sabha seats and 175-member Assembly in Andhra Pradesh.

With inputs from IANS