The BJP leader Waseem Bari, his brother and father also associated with the party were killed in north Kashmir’s Bandipora last year. 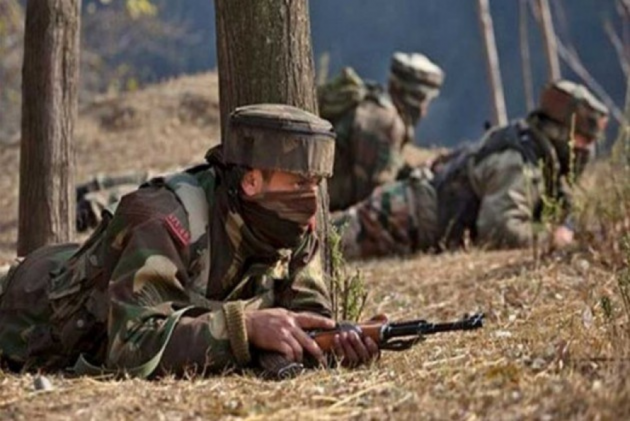 Two Lashker-e-Toiba (LeT) militants involved in the killing of BJP leader Waseem Bari last year, including his brother and father—also affiliated with the party were killed in a gunfight in north Kashmir Bandipora district on Sunday, police said.

Officials said they received information about the presence of militants in Watrina village of the district, following which a cordon and search operation was launched in the area by the security forces.

The holed-up militants were given multiple opportunities to surrender to which they did not pay any heed and fired indiscriminately at the joint search party, said an official.

He added the security forces retaliated leading to the encounter.

He said the two terrorists, identified as Azad Ahmad Shah and Abid Rashid Dar alias Haqani, were killed in the exchange of fire and their bodies retrieved. Arms and ammunition, including two AK-47 rifles and a pistol, and incriminating materials have been seized from the encounter site, he said.

The two slain terrorists were affiliated with the proscribed terror outfit LeT. Dar was a Pakistan-trained terrorist who had crossed over the Wagah Border in April 2018 and had infiltrated back in 2019, the police spokesperson said.

'Police records show that both the terrorists were involved in planning and executing terror attacks on security establishments and killing civilians. Dar was instrumental in recruiting gullible youth in north Kashmir into LeT," he added.

According to the spokesperson, both of them, along with foreign terrorists Usman and Sajad alias Haider, were involved in the killing of BJP district president Waseem Bari, his brother and father in July last year.

Usman and Sajad were killed in an encounter at Kreeri in August last year.

"Therefore, all the four terrorists involved in the... killing of the BJP leader and his family have been eliminated," the spokesperson said.

Inspector-General of Police, Kashmir, Vijay Kumar appreciated the police and security forces for conducting a successful operation without any collateral damage. (With PTI inputs)