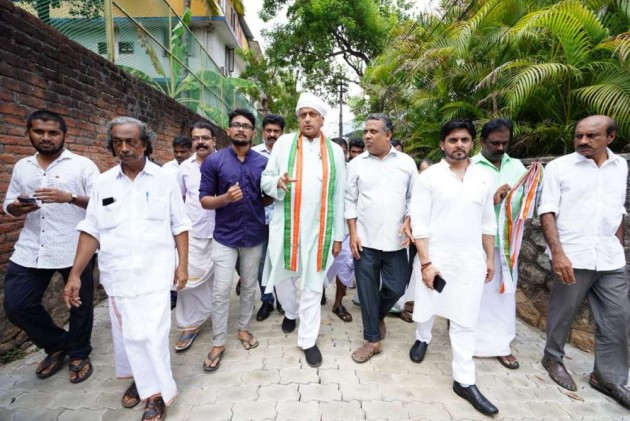 Congress leader Shashi Tharoor, who is aiming for a hat-trick from the Thiruvananthapuram constituency,  on Saturday said that the 2014 fight was tougher as there was a "Modi wave", while this time there was no such phenomenon.

"The last one (2014) was tougher as there was a character assassination done. Added to that, there was a (Prime Minister Narendra) Modi wave. But this time, there is no Modi wave at all," Tharoor told the media in the presence of Congress Working Committee member, A.K. Antony.

"Modi has cheated people as the dreams he sold failed to materialize. I admit that like in 2014, this time too, it's a three-cornered fight. But through the effective campaign that we put up, we have been able to counter that," he said.

Kerala goes to the polls on April 23.