'A major incident of a vehicle-borne IED blast was averted by timely action of Pulwama Police, CRPF and Army,' Kashmir Zone Police said 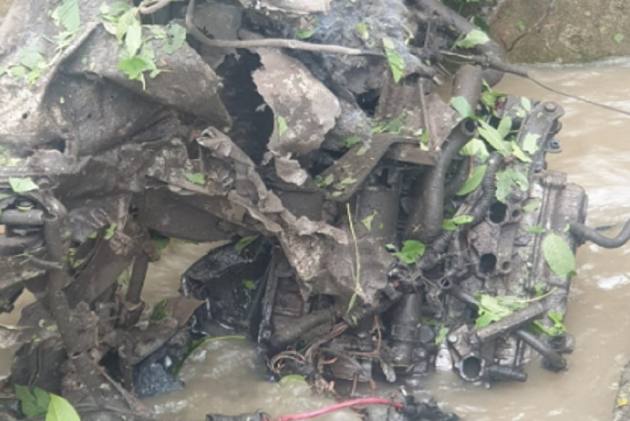 "A major incident of a vehicle borne IED blast is averted by the timely input and action by Pulwama Police, CRPF and Army," the Kashmir zone police wrote on its Twitter handle.

Kashmir Police Chief, Vijay Kumar said at least 40 to 45 Kgs of explosive material was fitted in the car. He said it was a joint operation of the Hizbul Mujahedeen and Jaish-e-Muhammad militants to target security forces in South Kashmir’s Pulwama district.

“Earlier, we thought it must be around 10 to 15 kgs of IED. We later concluded it to be between 40 to 45 kg, as the vehicle went up to 15 meters above the ground when the IED was destroyed,” Kumar said, adding that the explosive material included ammonium nitrate and RDX.

Addressing a press conference , Kumar said security agencies, police, army and the CRPF were getting inputs about a possible Fidayeen attack by the militants for the past one week. He said when the vehicle first approached the nakka, some warning shots were fired toward but it didn’t stop.  When the second warming shots were fired, the militant driving the car left the vehicle and fled away taking advantage of darkness.

He said on Thursday that security forces called the Bomb Disposal Squad and in a technical manner, the IED was diffused. “The security agencies stopped a huge incident from happening,” he said. The IED laden vehicle driven by a militant could have attacked any security forces vehicle. “We are getting an expert team from the outside to examine it,” he said.

The IGP said the militant was identified as Adil, who works for Hizbul Majhideen and Jaish. Two other militants from these outfits are also behind the act. “They were planning the suicide attack on the 17th day of Ramadhan but couldn’t do it due to our intensified operations against militants,” he said.