Though the ancient Egyptian mummy escaped the damage, several other artefacts and paintings were drenched in the rain water. 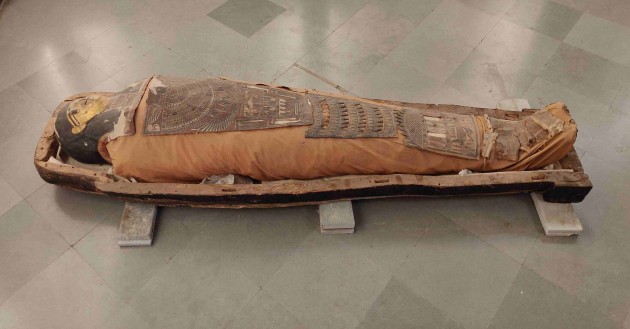 When 56-year-old Kishore Singh and five of his team members scurried down the stairs of the famed Albert Hall museum in Jaipur on Friday, they were shocked to see knee-deep rainwater filled in the room where a 2300-year-old Egyptian mummy was kept for display.

Singh, a Class-IV staffer at the museum, and his team members were instrumental in saving the ancient mummy, the most valuable possession of the museum, from the damage as the rainwater filled the basement. "It was pouring heavily and all major roads of the city were flooded. Around 9:45 AM, I went to the basement to open the gallery downstairs and I was shocked to see that rain water had filled our office as well as the display section. That time all I could think of was taking out the mummy. Without wasting time, we broke the glass of the box where it was kept and we safely took it out and kept it on the first floor", Kishore Singh who was on the forefront of the bid to save the ancient prized possession told Outlook. 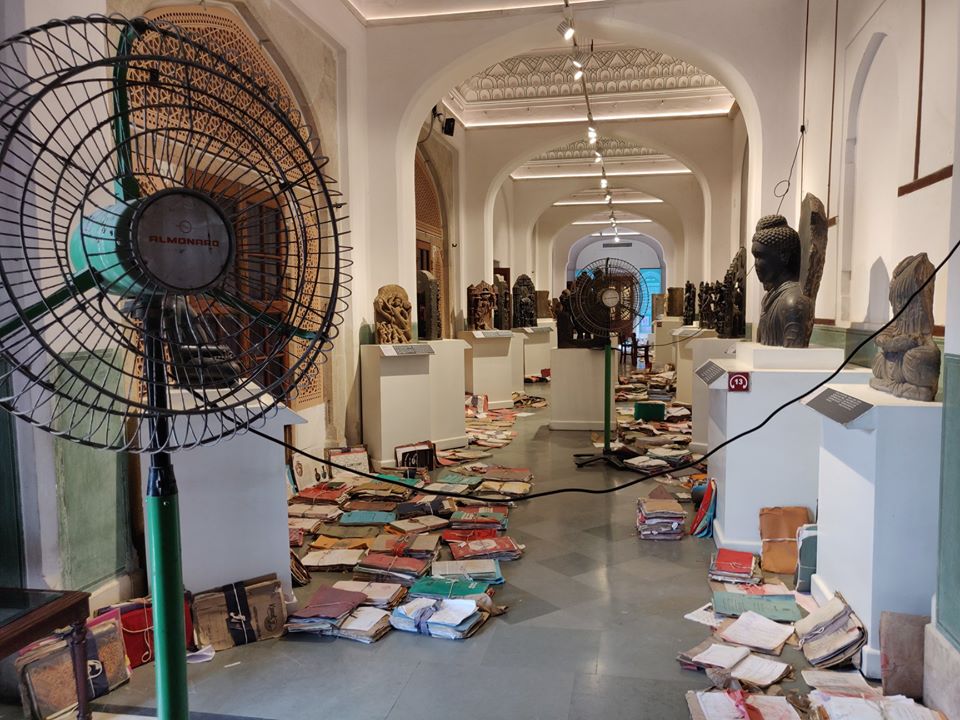 The mummy was brought to Jaipur almost 130 years ago for an exhibition. It was a gift from Brughsch Bey, the then curator at the Museum of Cairo to Sawai Ishwar Singh, who was the king of Jaipur at that time.

Rainwater had seeped inside the museum on August 14 causing damage to 17,000 antiquities including books, textile, armoury, utensils, blue pottery, clay models. As per the museum administration, the damaged ones were C-class artefacts kept on the display inside the godown of the basement.

"As soon as my staff called me, I directed them to save the mummy. There are only seven mummies in India. The second priority was to save thousands of files and books spanning over 50 years which were a part of the head office of Rajasthan Archeological Department, also situated in the basement of the museum next to the section reserved for the mummy," Rakesh Chholak, superintendent at the Albert Hall Museum told Outlook.

"Thousands of books have not been damaged but luckily there was no old manuscript. The artefacts made of clay, wood and paper mache, 19th century clothes, old maps, armoury etc have received major damage. The drying and cleaning process is on and more clarity related to the damage will be clear in a week's time," Chholak added.

Around 55 people have been deployed at the Museum to restore the antiquities and ensure that the files that have been damaged are dried up. As many as two dozen table fans are being used to dry up the basement and papers. Moreover administration is also planning to rope in blowers and hair dryers for effective dryness. 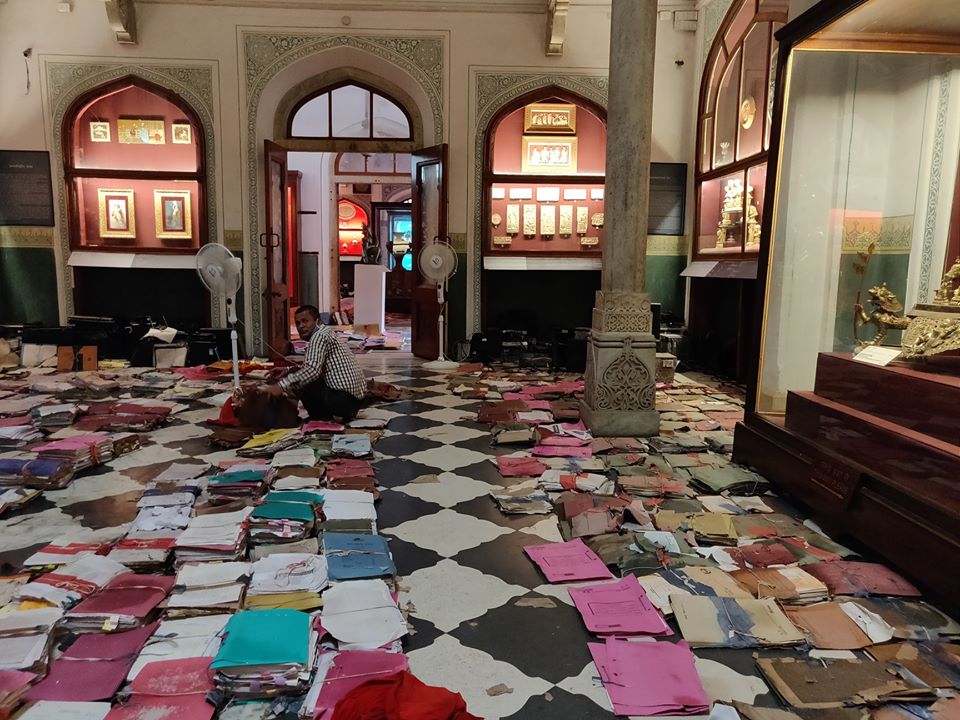 Moreover, the computers and hard drives and important records have also been damaged. Rajasthan Art and Culture Minister BD Kalla told Outlook, "Rainwater has damaged the department records and the equipment of the head office of the state's archaeological department office. We are making every attempt to restore the important papers and planning to digitalise the data in the future.”

The Albert Hall Museum in Jaipur is the oldest museum of the state and functions as the state museum of Rajasthan, designed by Sir Samuel Swinton Jacob and was opened as a public museum in 1887. It is named after King Edward VII (Albert Edward), during whose visit to the city as the Prince of Wales, its foundation stone was laid on 6 February 1876.

The museum has a rich collection of artefacts including paintings, jewelry, carpets, ivory, stone, metal sculptures, and works in crystal. The collection includes coins from the Gupta, Kushan, Delhi Sultanate, Mughal and British periods.