Ramdas Athawale said that Devendra Fadnavis and Ajit Pawar wouldn't have resigned if the Supreme Court had not put a deadline to show the numbers. 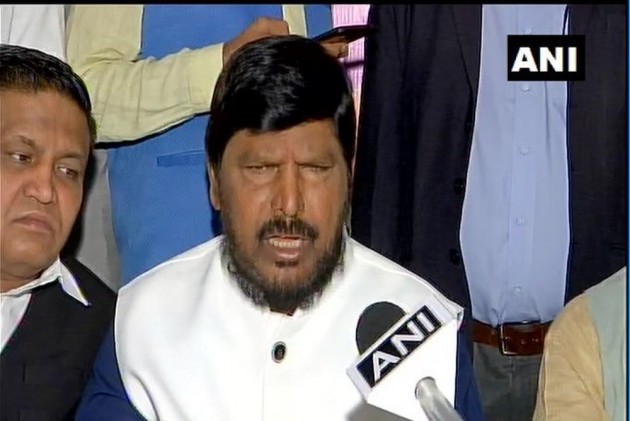 Ramdas Athawale, the Minister of State for Social Justice and Empowerment, on Thursday said the Bharatiya Janata Party (BJP) would have proved the majority on the floor of the house, had the Supreme Court not asked it to do it in 24 hours.

Speaking to ANI, Athawale said that Devendra Fadnavis and Ajit Pawar wouldn't have resigned if the Supreme Court had not given a deadline to show the numbers. "It was difficult to prove majority in a short span of 24 hours," he said.

On Tuesday, Ajit Pawar, who had revolted against his uncle and NCP chief Sharad Pawar to join hands with the BJP, submitted his resignation to Fadnavis. An hour later, Fadnavis, in a press conference, announced that the BJP didn't have numbers and therefore, he, too, was going to resign from the top post in Maharashtra.

Shiv Sena chief Uddhav Thackeray will now be sworn in as the chief minister of Maharashtra on Thursday evening. Uddhav will be leading one of the most ideologically divergent group of MLAs belonging to the NCP, Congress and Shiv Sena.