All passengers had been admitted to a nearby hospital and they are stated to be out of danger. 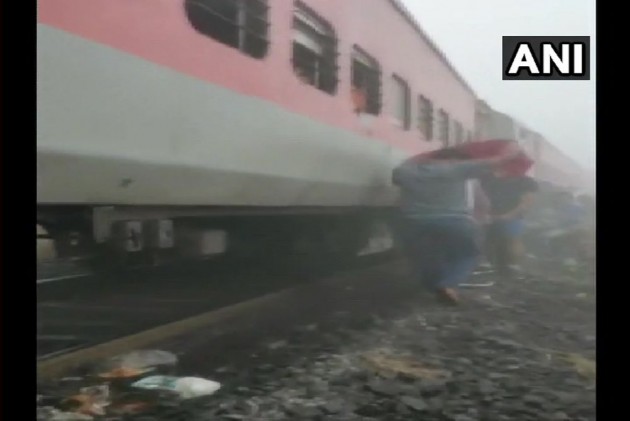 The mishap took place around 7 am after the 12879 LTT Superfast Express hit the guard van of the goods train at a place between Salagaon and Nergundi stations, causing derailment of eight coaches of the passenger train, East Coast Railway (ECoR) Spokesperson J P Mishra said.

"While five coaches derailed, three other partially displaced from the tracks," he said.

Around 25 passengers were injured and five of them suffered severe injuries in the accident, the Railway official said.

"The injured passengers were taken to a local hospital and five of them with serious injuries were later shifted to SCB Medical College and Hospital in Cuttack," he said.

All necessary steps have been taken to provide proper assistance to the passengers, Mishra added.

Fire services personnel and ambulances immediately reached the spot to carry out rescue operation, which was initially affected due to foggy conditions, the ECoR spokesperson said, adding that all the coaches were thoroughly checked.

While there was "heavy fog" at the site, the exact cause of the accident would be ascertained only after a thorough inquiry, the Railway official said.

Necessary measures were taken for sending the passengers of the train to Bhubaneswar, Cuttack and other places, Mishra said.

According to him, the railway traffic on the route was affected due to the accident.

Over six trains including 12880 Bhubaneswar LTT Express, 18426 Durg-Puri Express and 12831 Dhanbad-Bhubaneswar Rajyarani Express have been diverted via Naraj, he said.

Steps have been initiated to clear the tracks and restore normalcy in train services on the route at the earliest, he added.

(With inputs from PTI, ANI)