As former CAG Vinod Rai apologises to Sanjay Nirupam of the Congress, we revisit the scam that changed Indian politics, bolstered AAP and BJP. 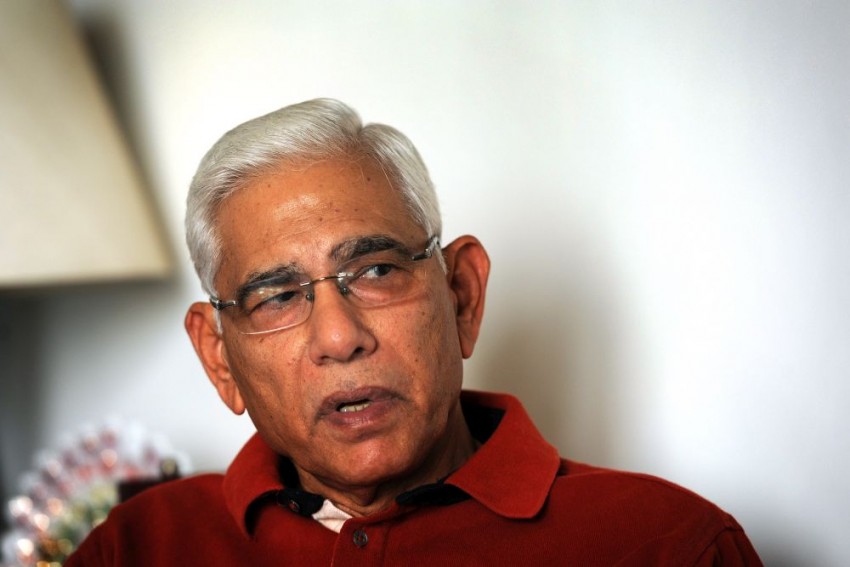 he years of UPA-2 (2009-14) saw “corruption” emerge as the leading political issue, as CAG reports on the 2G spectrum scam and the coal blocks scam were written about and discussed. From Parliament to the streets, corruption seemed to be the one issue that generated heat.

Eventually, then PM Manmohan Singh began to face the heat in Parliament. This Thursday, then CAG Vinod Rai issued a written apology to Congress MP Sanjay Nirupam for having “incorrectly stated” that the MP had pressurised him to not mention Manmohan Singh in the report.The apology brings some sense of closure for both Manmohan Singh and Nirupam.

“I have inadvertently and wrongly mentioned the name of Shri Sanjay Nirupam as one of the MPs who pressurised me to keep the then Prime Minister Dr Manmohan Singh’s name out of the CAG report on 2G spectrum allocation during the meetings of the PAC or the sidelines of the JPC etc,” Rai writes in the letter.

Allegations pertaining to 2G spectrum and coal block allocations had changed the course of politics in India. CAG reports had been damning for the second UPA government. In November, 2010, the CAG had estimated a presumptive loss of Rs 1.76 lakh crore to the exchequer because of the spectrum being allotted without auction. There was no real loss. It simply meant that if spectrum had been auctioned, the exchequer would have seen an estimated gain of Rs 1.76 lakh crore.

Among the accused was then telecom minister A. Raja, who was accused of advancing the last date of application to award the spectrum, thus allegedly subverting the first-come-first-served policy in return for “bribes”. Raja also spent time in jail as the face of the scam.

On his part, Raja claimed he had apprised the PM at each step. In 2011, Manmohan Singh cited “coalition compulsions” in an interaction with journalists when asked about Raja—a suggestion that DMK being an ally of the Congress made it difficult for him. “Some compromises have to be made in managing a coalition,” he had said on being asked about Raja’s induction as telecom minister. In February 2012, the Supreme Court cancelled all 122 telecom licences issued to 11 companies after January 10, 2008, during Raja’s tenure.

The coal blocks scam followed in 2012. A CAG report said allocation of coal blocks without auction to companies for captive mining had led to a presumptive loss of up to Rs 1.8 lakh crore to the exchequer. Manmohan Singh had held the charge of coal minister too. The accusation was that “windfall gains” accrued to private companies because coal blocks were allocated through a screening committee and without auctions. On its part, the Congress said BJP-run state governments in the concerned states had also been represented on the screening committees, and that they too did not want auction as it would push up the cost of power.

Four years ago, when the Narendra Modi government was running its Digital India campaign, a serving bureaucrat told this correspondent: “What is being called Digital India today would not have been possible without what was called the 2G spectrum scam yesterday, as auction of spectrum early on would have pushed up prices of mobile telephony.”

While there were some convictions in the coal blocks allocation case—former coal secretary H.C. Gupta and two other bureaucrats were convicted, as also Dilip Ray, minister of state in the coal ministry in the Atal Bihari Vajpayee government of 1999—special CBI judge O.P. Saini in 2017 acquitted all the accused in the 2G spectrum case, saying the prosecution had miserably failed to prove its case. In September 2014, the Supreme Court cancelled 204 of the 208 coal block allocations since 1993, when captive mining was liberalised.

However, the impact of the CAG reports and media discussions on the scams was huge. From 2011, social activist Anna Hazare began to draw mammoth crowds in the national capital—first at Jantar Mantar and then at Ramlila Maidan—with his televised fasts to demand a stringent Lokpal (ombudsman) that would have oversight on every public office, including the prime minister’s. While Hazare, Arvind Kejriwal, Kiran Bedi and General V.K. Singh—all except Hazare became politicians soon—led the protests on the streets, then Leader of Opposition Sushma Swaraj spearheaded the push against the government in Parliament.

The tense years had their lighter moments too, as Swaraj and Manmohan Singh exchanged couplets to bring the temperatures down. This correspondent remembers one such exchange in 2011.

“Tu na idhar udhar ki baat kar, tu bataa ke kaarwaan kyon lutaa; hamein rehjanon se gilaa nahin, teri rehbari ka sawaal hai (Don’t talk about other things, tell us why the caravan was looted. We aren’t complaining about passersby; this is a question of your leadership),” Swaraj said in the Lok Sabha, looking straight at the PM. Manmohan Singh replied with a couplet: “Maana ki teri deed ke qaabil nahin hoon main; tu mera shauq to dekh, mera intezar to dekh (I may not be worth your sight, but look at my zeal and perseverance).” Later, as she met reporters at her official chamber in Parliament, Swaraj said the couplet recited by the PM was of Urdu poet Allama Iqbal.

Those times saw the emergence of a culture of public protests—which one sees even now, in the ongoing farm agitation. Anti-corruption activists became full-fledged politicians, and the negative publicity of the Congress created a national void that was filled by the BJP under Modi.

“It was a shift in paradigm,” says sociologist Anand Kumar, who was associated with the Jan Lokpal movement and the Aam Aadmi Party (AAP) in its early days. “The thrust on identity politics of Mandir, mandal and marketisation was replaced by a thrust on citizenship, accountability and governance. India Against Coruption became a turning point as people began to talk about governance. Leaders became not simply givers of entitlements, but objects of interrogation. However, it is true that the Right to Information Act enacted by the Manmohan Singh government proved to be a catalyst in this transformation.”

However, the change proved short-lived, says Kumar, as AAP turned into a successful election machine. “Today is a time of selective amnesia. Electoral politics is like Holi ka hurdang (Holi revelries). Everyone gets smeared in the same colours. Group solidarities have come back again. It was a movement for institutionalising a system of vigilance in governance, but that hasn’t happened.”

Much water has flowed down the Ganges, as it were, since then. Rai’s unconditional apology has brought back those days of corruption allegations in the news. Anil Swarup, coal secretary from 2014 to 2016, took to Twitter to wonder whether Rai does not “owe an apology to the nation for his wrong calculations”. Swarup added that extracts from his book Not Just a Civil Servant outlined “where Vinod went wrong in his ‘rai’ as CAG”.