3 Dead, 10 Suspected To Be Trapped In Karnataka Building Collapse

Of those rescued, at least 15 received severe injuries and were being treated at hospitals in the district. 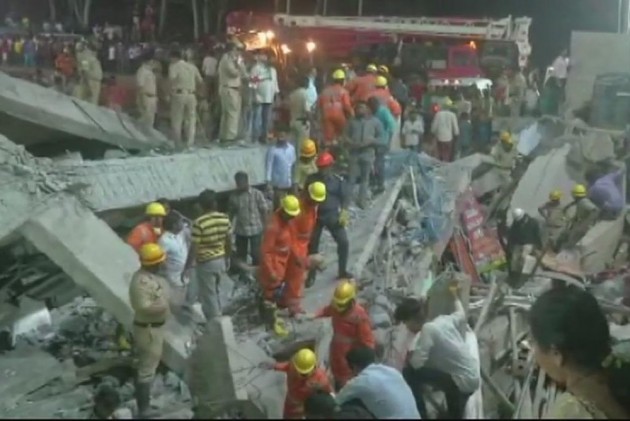 At least three persons died in a building collapse in Karnataka's Dharwad.

About 10 others were still suspected to be trapped under tonnes of cement and mortar.

The multi-storey commercial under-construction building collapsed on Tuesday injuring at least 46 others. State unit Congress leader Vinay Kulkarni's kin was one of the owners of the building.

"Three people have been killed in the tragedy when the building collapsed at about 4 p.m. A total of 46 people who have been rescued so far, received injuries," Police Inspector L.K. Talwar told IANS from Dharwad, about 400km from here.

Of those rescued, at least 15 received severe injuries and were being treated at hospitals in the district.

The reason for the accident was being ascertained, officials said.

A total of five fire tenders and 20 ambulances were also deployed to carry out the rescue work.