300 Crocodiles Being Relocated From Statue Of Unity For Seaplane Service

Earlier on January 23, state Civil Aviation minister Bhupendrasinh Chudasama had announced that a seaplane service connecting Sabarmati Riverfront in Ahmedabad to the Statue of Unity would commence soon. 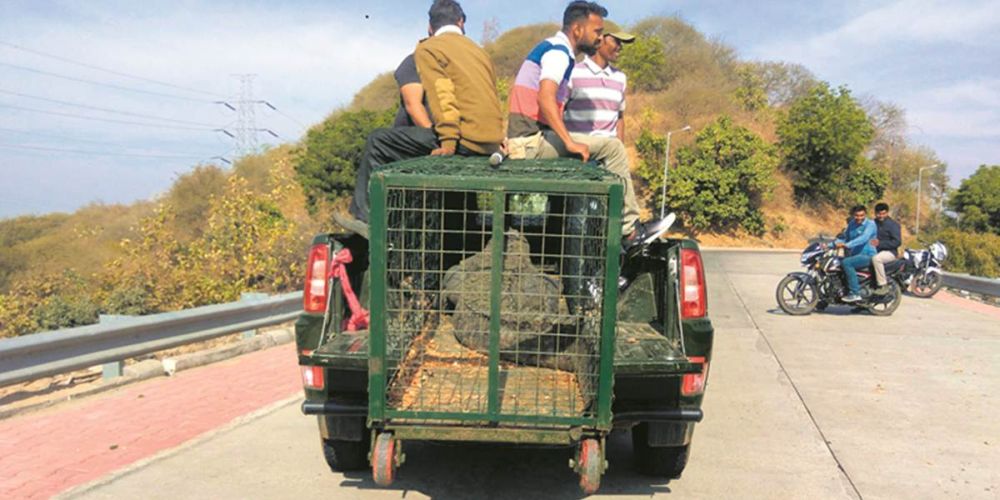 Crocodiles from two ponds near the Statue of Unity in Gujarat's Narmada district are being relocated for the safety of tourists visiting the Sardar Patel memorial, officials said Sunday while dismissing reports that the move is linked to the seaplane service.

As many 20 cages have been set up along the banks of the two ponds, officially known as Dyke 3 and 4, to trap the crocodiles, an official informed.

These dykes are artificial water bodies created to stabilise the water released from the Sardar Sarovar Dam before it reaches the entry point of the main Narmada canal, the official explained.

Aradhana Sahu, Conservator of Forests, (Vadodara Wildlife Circle) said that 12 crocodiles have been caught so far, though she added there was no specific target for the number of these reptiles that need to be captured.

"The area around the Statue of Unity near Kevadiya village is attracting huge number of tourists. Since there are crocodiles in these ponds, there exists a threat to the tourists. We have begun the process of relocating the reptiles elsewhere," Sahu said.

"We have not set any specific target of the number of crocodiles to be caught and relocated. Till now, we have shifted 12 crocodiles. They were caught from Dyke 3 and Dyke 4, which are close to the Tent City. As per a rough estimate, there will be around 300 crocodiles in that area," she said.

A field officer overseeing the operation said 20 cages, with meat and fish as bait, have been installed near the two ponds.

"As soon as the crocodile comes out to eat the food kept in the cage, they get caught inside. We have kept all the captured crocodiles in our rescue centre. They will be released in the main reservoir of the Sardar Sarovar Dam in the near future," said Idrish Topiya, Assistant Conservator of Forests.

However, both Sahu and Topiya denied reports that the crocodiles were being removed from the dykes to make way for a proposed seaplane service to cater to SoU tourists.

"I want to make it clear that we have not made any plan yet to shift all the crocodiles of that area. The seaplane service is not in the picture yet. We have not received any intimation about it. We are doing this just for the safety of tourists," Sahu emphasised.

"We are relocating these crocodiles just for the safety of tourists. There is no specific instruction to us about any seaplane service" Topiya added.

Earlier on January 23, state Civil Aviation minister Bhupendrasinh Chudasama had announced that a seaplane service connecting Sabarmati Riverfront in Ahmedabad to the Statue of Unity would commence soon.

When contacted, SJ Haider, Principal Secretary, Gujarat Civil Aviation department, said a location for a water aerodrome near the Sardar Patel memorial had not been decided yet.

He, however, said the location of the water aerodrome will "most likely" be Dyke 3 or 4.

"The location of the water aerodrome at the Statue of Unity will be decided in consultation with DGCA (aviation regulator Directorate General of Civil Aviation). It would most likely be Dyke 3 or Dyke4," Haider said.

Recently, Gujarat Chief Minister Vijay Rupani had said over 10,000 tourists were visiting the memorial every day since the 182-metre statue, the world's tallest such structure, was unveiled by Prime Minister Narendra Modi in October last year.