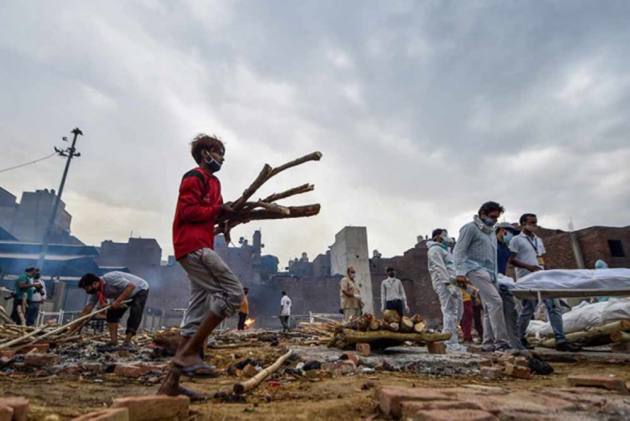 The death of a sanitation worker who collected garbage from homes in Shimla town has raised the question whether frontline workers like him should have been vaccinated in the first phase. Sun Kumar died of Covid-19 at Indira Gandhi Medical College (IGMC) Hospital, after initially testing negative of the virus. He was 32.

Sun Kumar, who hailed from Nepal, had joined the Shimla Heritage Environment Conservation and Beautification (SHEB) Society only a year back during the Covid-induced lockdown to effectively handle the sanitation work of which “door-to- door” garbage collection had been a key component.

“A lot of frontline sanitation workers had skipped vaccination because of reluctance when the drive started. We have now covered almost 85 to 90 per cent of them and now made it mandatory for those who skipped it," said the municipal corporation’s health officer Dr Chetan Chauhan.

Ironically, Kumar tested negative when he reported mild symptoms of Covid on April 29 after which he resumed duty. But his condition deteriorated later only to be confirmed Covid positive a day before his death on May 9.

Nearly 70 tonnes of domestic waste segregated at sources in the “dry and wet” category, are collected through a strong force of 485 workers and later taken to the garbage treatment plant on the outskirts of Shimla.

Shimla Heritage Environment Conservation and Beautification (SHEB) Society – an NGO – promoted by the municipal corporation handles the entire garbage collection process, in the early hours from the town.

Though there have been instances of several health workers, doctors, paramedics, nurses, policemen and media persons of dying of Covid in Himachal Pradesh, this happens to be the first case when a sanitation worker has lost his life to Covid in Shimla, the capital town.

Local councillor Dr Kimi Sood, said, "Sun Kumar did his duty very diligently There was not a single complaint against him ever since he was deployed at Benmore ward.”

Sanjay Chauhan, a former Shimla mayor, who took to social media to condole Kumar’s death, pointed out a lapse on the part of health department for delay in detecting the infection. Eventually, this has resulted in the loss of a frontline worrier — who had never missed a “single day’s work”.

“This man did a yeoman service during the past one year during pandemic. He should be given Rs 50 lakh as compensation, as is the government’s policy. Also, there is need to protect the rest of sanitation workers as they are frontline workers too,” Chauhan said.

Shimla’s municipal corporation commissioner Ashish Kohli said, “We acknowledge the importance of every sanitation worker’s service for the citizens and it’s our duty to provide them safety against Covid. It’s really unfortunate that we lost him.”

The municipal corporation has already sanctioned an ex-gratia of Rs 10,000 to his family and will move the government to release Rs 50 lakh in relief.

“We are trying to find out where he actually contracted the infection as Sun Kumar also used to work at a private hotel,” he said, adding that necessary advisories have been issued to all the sanitation workers. They have been told to follow restrict SoPs during work and have been provided protective gear.