Citing coronavirus-related restrictions, Chinese authorities have not allowed the ships to either dock or go for a crew change for months. 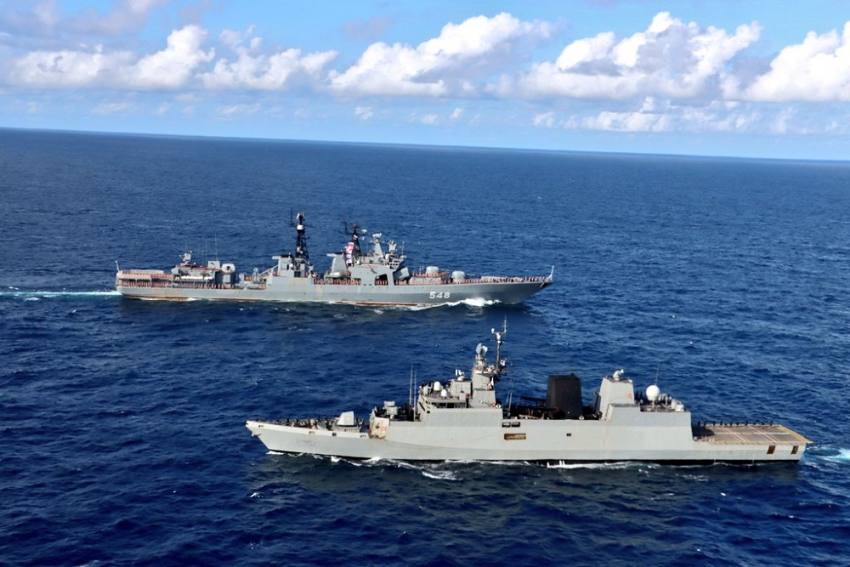 India on Friday called for urgent, practical and time-bound assistance to 39 Indian sailors stranded on two cargo ships in Chinese waters in view of the "grave" humanitarian situation developing onboard the vessels.

Citing coronavirus-related restrictions, Chinese authorities have not allowed the ships, MV Jag Anand and MV Anastasia, to either dock or go for a crew change for months.

"There is a growing stress on the crew members on account of the long delay. Given this and our concern for the increasingly difficult conditions for our crew members, these two cases are being pursued vigorously," ministry of external affairs (MEA) spokesperson Anurag Srivastava said.

He said while the shipping companies concerned are examining the logistics of moving the ships away from their current points of anchorage, the Indian embassy in Beijing is in touch with relevant Chinese authorities for berthing approvals to facilitate the crew change.

Srivastava said Indian bulk cargo vessel MV Jag Anand, with 23 Indian sailors, has been on anchorage near Jingtang port in Hebei province of China since June 13 while MV Anastasia, with 16 Indians as crew members, is on anchorage near Caofeidian port since September 20.

"We have noted the statements of the Chinese side, expressing their willingness to extend their assistance in this matter. We expect that this assistance will be provided in an urgent, practical and time-bound manner, given the grave humanitarian situation that is developing onboard the ships," he said responding to a media query on the matter.

Srivastava said the Indian embassy in Beijing continued to remain in close and continuous touch with the Chinese authorities in Beijing, Hebei and Tianjin, adding the MEA is also following up on the matter through the Chinese Embassy here for "an early resolution".

He said the Indian embassy has repeatedly taken up the issue both with the Chinese ministry of foreign affairs and also with the local provincial authorities, requesting that the ships be allowed to dock and/or the crew be allowed to be changed.

He said the Chinese authorities have conveyed that on account of various Covid-19 related restrictions imposed by the local authorities, crew change is not being permitted from these ports.

"While the shipping companies are examining the logistics of sailing the ships away from their current points of anchorage, our embassy is liaising with relevant authorities in Tianjin for berthing approvals to facilitate the crew change," Srivastava added.

He said the shipping companies have been requested to ensure that they submit their plans for a crew change at the earliest for approvals by the local Chinese authorities.

"We also understand that MV Anastasia is exploring the possibility of a crew change at sea at its current point of anchorage in Caofeidian. Our Embassy has yesterday written to Chinese authorities proposing this alternative and sought approval for the same," the MEA spokesperson said.

He said the Chinese foreign ministry conveyed in late November that while crew change from Jingtang port would not be feasible, the shipping company or agent may apply for crew rotation from Tianjin port in China and that the local authorities would examine after receiving requests for the same.