A thick security blanket, comprising around 80,000 state and paramilitary personnel, has been thrown across the Bastar Lok Sabha constituency. Seven candidates are in fray in Bastar constituency. 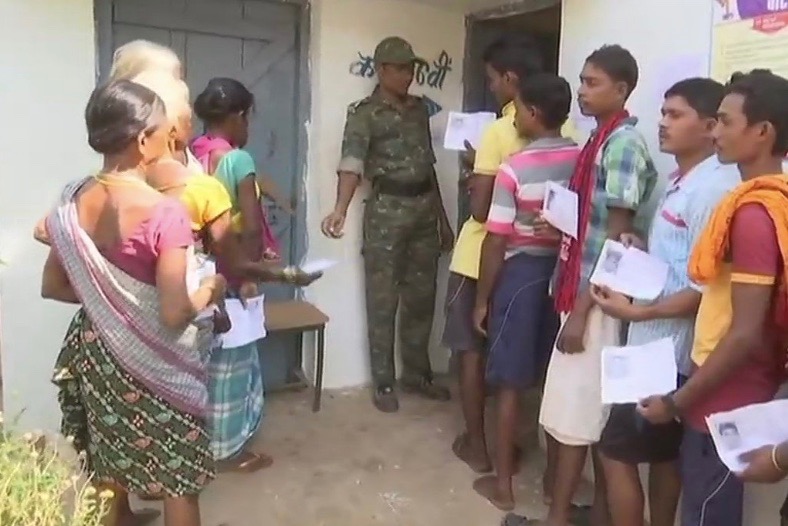 Four Maoists were arrested and their firearms seized in Chhattisgarh's Bijapur district Thursday while polling was underway in the state's Bastar Lok Sabha constituency. The arrest comes as Maoists detonated an IED in Narayanpur district, which comes under Bastar, police said.

The arrested Maoists, belonging to Maad division of Maoists, were apprehended from Bedre area in the morning when a joint team of the Chhattisgarh Armed Force (CAF) and district force was out on an area domination operation, the official said.

"Three weapons were also recovered from their possession," he added.

In the wee hours Thursday, Maoists detonated an IED (improvised explosive device) in Narayanpur district. No casualty was reported in the blast.

A thick security blanket, comprising around 80,000 state and paramilitary personnel, has been thrown across the Bastar Lok Sabha constituency.

Seven candidates are in fray in Bastar constituency.

Thursday’s arrests come two days after BJP MLA Bhima Mandavi and four others were killed on Tuesday after his convoy was attacked by Maoists in Chhattisgarh's Dantewada.

The incident had occurred 400 km south of Raipur district when the BJP legislator was returning from Shyamgiri village under Kuakonda police station limits of Dantewada.