The probe into the case suggested that the money collected from the parents of the aspiring or potential students was used, at least partly, to support and fund terrorism and separatism in different ways. 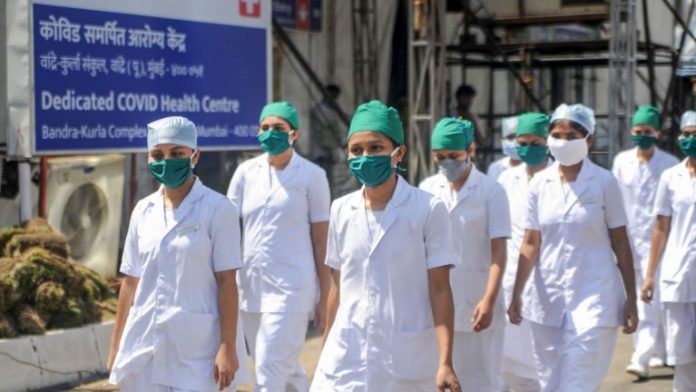 In a bid to take the secessionist movement under control, the Jammu and Kashmir Police on Wednesday confirmed arrest of four separatist leaders, including some constituents of the Hurriyat Conference, in connection to allegedly 'selling' MBBS seats in Pakistan to Kashmiri students and channelising the money to support and fund terrorism, an official spokesperson said here.

After receiving information through reliable sources indicating several unscrupulous persons', including some Hurriyat leaders' intricate inolvement with some educational consultancies and selling of Pakistan-based MBBS seats and seats in other professional courses in many colleges and universities, the Counter Intelligence (Kashmir), a branch of CID Department of J&K Police, had registered a case in July last year.

The probe into the case suggested that the money collected from the parents of the aspiring or potential students was used, at least partly, to support and fund terrorism and separatism in different ways, the spokesperson said.

The case was registered under sections of the Unlawful Activities Prevention Act and the Prevention of Money Laundering Act, he said.

During the probe, it surfaced that MBBS and other professional degree related seats in many cases were preferentially given to those students who were close family members or relatives of killed terrorists.

There were also cases where the quota allotted to individual Hurriyat leaders were sold to anxious parents who desired their children to have MBBS and other professional degrees in one way or the other.

More than 80 cases were studied in which either the students or their parents were examined for academic years between 2014-18.

Searches were undertaken in about a dozen premises in the valley to look for evidence of collection of money and its further usage. The analysis of digital records and paper receipts as well as records pertaining to bank transactions revealed that a sizable portion of the money was kept aside for personal use.

"Evidence also came on record to show that money was put into channels that ended up supporting programmes and projects pertaining to terrorism and separatism. For example, payment for organising stone pelting also could also be traced and brought on record," the spokesperson said.

He said that Pakistan's snooping agency, ISI, had initiated the programme for "incentivising terrorism by compensating the family of slain terrorists" by way of providing free of cost MBBS and engineering seats.

However, during examination of witnesses it emerged that many were disappointed as monetary consideration was given precedence over the intended objective of the ISI programme.

As per investigation, on average a seat's cost ranged between Rs 10 to 12 lakh but in some cases, the price was brought down on the intervention of Hurriyat leaders. In other words, depending upon the political heft of a Hurriyat leader who intervened, concessions were extended to the aspiring student and his family.

Police are also looking for Bhat's brother, Altaf Ahmad Bhat, and Shah's brother, Manzoor Ahmad Shah, and others in connection with the case. The two named accused had exfiltrated to Pakistan during early 1990s for illegal arms and ammunition training and settled down on the other side.

They played a key role on behalf of ISI in facilitating matters pertaining to admissions under this category for this set of Hurriyat linked persons in India as part of a nefarious design of pumping money into militancy and other terrorist related activities.

A conservative estimate indicated that the money involved could be around Rs 4 crore per annum, on the basis of the fact that allocation of seats for distribution by individual Hurriyat leaders were around 40 seats for MBBS programme every year.

It could also be more. This aspect is still open and a matter of further investigation, the spokesperson said.

The investigation has also revealed that both at the time of collecting money from the parents as well as channelling it for use by terrorists and separatists, intermediaries used to layer the transactions to conceal the end-use, he said.