4G Internet Services Restored In J&K After 18 Months; Government To ‘Monitor’ Impact Of Lifting Of Restrictions

The Centre had suspended 4G internet services in Jammu and Kashmir on August 4, 2019, a day before it abrogated Article 370 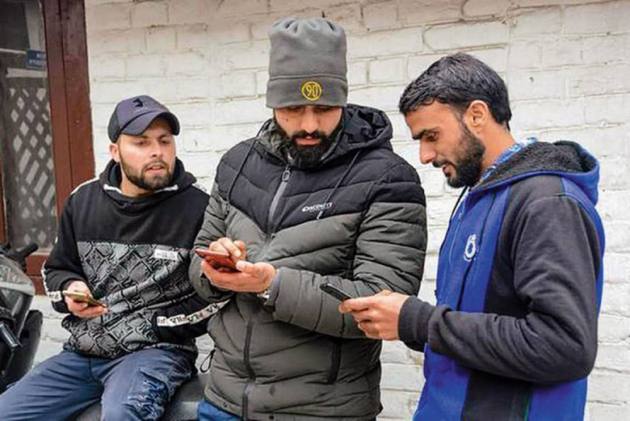 High speed mobile internet service was restored throughout Jammu and Kashmir late on Friday, one and a half years after it was suspended.

The Centre had snapped 4G internet services in Jammu and Kashmir on August 4, 2019, a day before it abrogated Article 370 and bifurcated the region into two Union territories.

J&K Government spokesperson Rohit Kansal made an announcement in this regard on Friday. “4G mobile internet services being restored in entire J&K,” Kansal said in a tweet on Friday.

Soon after Kansal’s announcement principal secretary of the home department Shaleen Kabra issued a notification and directed the Inspectors General of Kashmir and Jammu to "closely monitor the impact of lifting of restrictions".

Governor LG Manoj Sinha thanked Prime Minister Narendra Modi and Home Minister Amit Shah for "acceding to our request and restoring 4G services in the entire Jammu and Kashmir UT. The move will fulfil the aspirations of the people, especially the youth".

The government’s two-page order said an "objective assessment of the prevailing circumstances and necessity of continuation of these restrictions" was taken by a special committee constituted on the directions of the Supreme Court order of May 11 last year.

The committee held a meeting on February 4 during which, "Among other things, it took note of the inputs and apprehensions of the security agencies and police forces as also the assessment of opening of high-speed mobile internet connectivity."

"Now, therefore, keeping in view the advice of the special committee, I, Principal Secretary to the government....., hereby revoke the restrictions on mobile data services and fixed line internet connectivity...," the order stated.

However, the order made it clear that high speed internet facility on pre-paid SIM card holders would be provided "only after verification as per the norms applicable for post-paid connections."

Responding to the government’s announcement, National Conference (NC) vice-president Omar Abdullah tweeted, “4G Mubarak! For the first time since Aug 2019 all of J&K will have 4G mobile data. Better late than never.”

4G Mubarak! For the first time since Aug 2019 all of J&K will have 4G mobile data. Better late than never.