5 Cong MLAs Suspended From House, Booked For Sedition, Other Offences 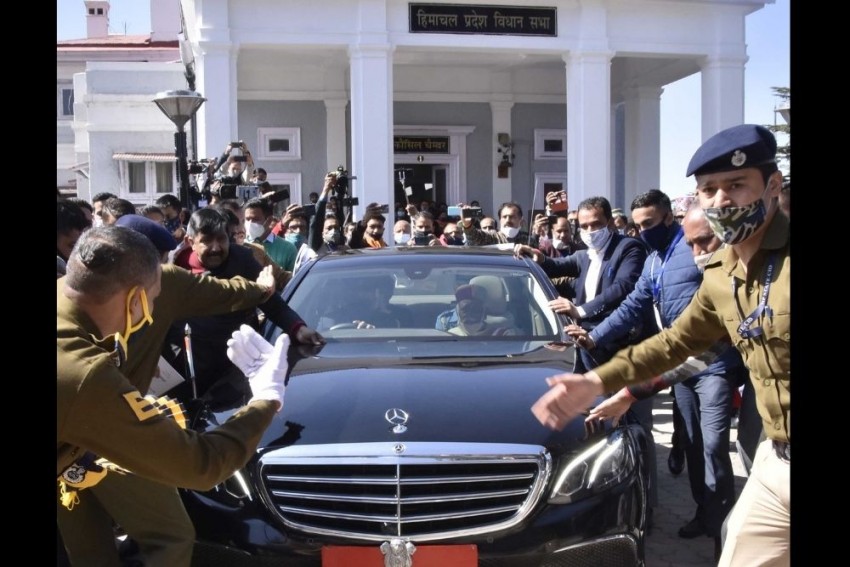 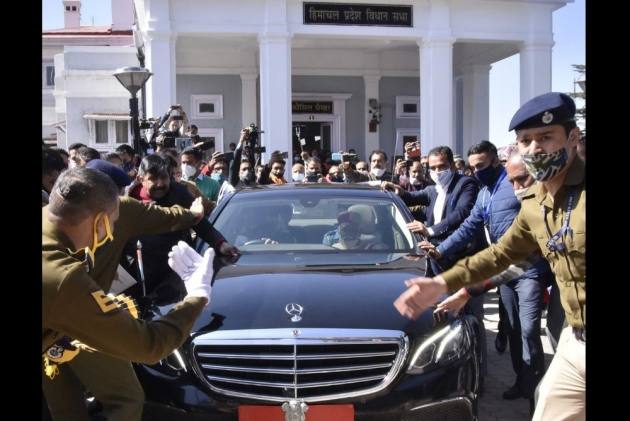 Five Congress MLAs, including Leader of Opposition in the Himachal Pradesh Assembly Mukesh Agnihotri ,who were suspended by Speaker Vipin Parmar for allegedly “manhandling” Governor Bandaru Dattatreya, now face “sedition” charges, beside offences under different sections of the IPC.

Assembly deputy Speaker Hans Raj said the FIR against the MLAs, who tried to willfully obstruct the Governor, blocked his way when he tried to leave the Assembly and raised indecent slogans, was registered by Shimla police on Friday.

Top police officials in the district and also at the Police headquarters have refused to go on record on the details despite persistent inquiries by the media persons.

“Among other offences involving restraining any person and causing obstructions in performing certain duties, I believe section 124 IPC is also there. As Hon’ble Speaker (Vipin Parmar) is out of station, I have also tried to enquire from the police because a lot of media friends were asking me about it,” he said.

A four-member special investigation team (SIT) headed by Sushil Kumar — an additional SP-rank officer, who is in-charge of law and order in the state Assembly — has been set up by the police to investigate the charges slapped on the MLAs.

When contacted, Harshvardhan Chauhan said, “We have come to know about the FIR, which has section 124 IPC (sedition). It has become a trend for the BJP to apply this section against anyone raising the public issues, whether media, Opposition or environmental activists.”

Chauhan said the Opposition had only tried to raise some of the burning issues of the public, farmers, unemployed youths and poverty in the House during the Governor’s address. The provocation came from minister for parliamentary affairs Suresh Bhardwaj and others when the Congress MLAs were sitting at a peaceful dharna outside the Assembly gate.

“Well, the Speaker has taken an action showing us the doors. We will not enter the House but we will start a dharna outside the Assembly to draw attention of the government on issues like the three controversial farm bills, death of farmers sitting at the dharna, fuel prices hike affecting every single citizen, corruption during Covid-19 and backdoor recruitments by the Jai Ram Thakur government,” he said.

It was also a day for top dignitaries to make a beeline to Raj Bhawan to meet the Governor and extend apologies for the incident (his manhandling by the Congress MLAs), disrupting his speech in the House and later tossing torn pieces of his address at him and obstructing his cavalcade by the Leader of Opposition and other MLAs.

Beside the deputy Speaker, director-general of police Sanjay Kundu and superintendent of police Mohit Chawla also visited him. The chief minister and cabinet ministers had visited Raj Bhawan on Friday itself.

Today, the DGP expressed grief over the inconvenience caused to the Governor and termed the incident “unexpected and unfortunate”.

Kundu told the Governor, “As a first citizen of the state, the police administration has decided to take extra precaution and put in place a high-level security system for all future activities and official functions.”

At present, there was only one personal security officer (PSO) deputed during the functions but that will change. A “close protection team” will be deployed which will include police commandos.

Beside this, there will be an advance security team available for him for important programmes. Efforts would be made in such programmes that both the Aide-de-Camp (ADC) of the Governor would move together.

“In the event of any adverse situation, the officer posted under the protection of the Governor can make the call for backup and the police administration was determined to provide strict security to the Governor and will not allow any lapse in this regard,” the DGP said.

Lockdown Extended In Amravati For A Week; Weekend Curbs In Nagpur, Buldhana, Yavatmal