As of February 13, five people in UP have been reported dead and 64 are still missing following the flash floods in Uttarakhand's Chamoli district. 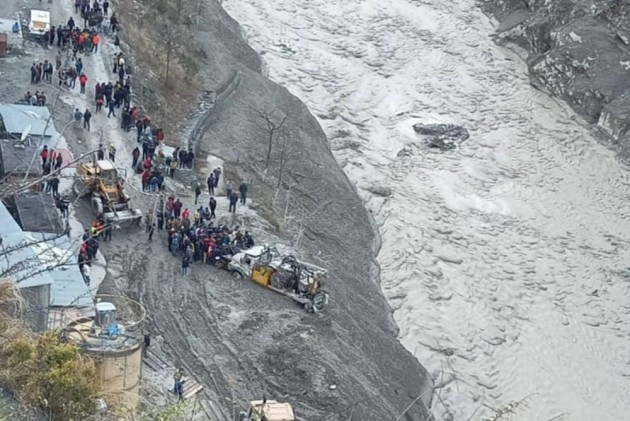 Five people from Uttar Pradesh have been reported dead while 64 of them are still missing due to the catastrophe which struck Uttarakhand last Sunday, said officials.

Of the 64 missing persons, 30 are from Lakhimpur Kheri, followed by 10 from Saharanpur, five from Shravasti, four from Gorakhpur, two each from Raebareli and Kushinagar and one each from Sonbhadra, Mirzapur, Shahjahanpur, Moradabad, Mathura, Gautam Buddh Nagar, Deoria, Chandauli, Bulandshahar, Azamgarh and Amroha, the statement said.

A portion of the Nanda Devi glacier possibly burst through its banks in Chamoli district on February 7. It appeared to have triggered an avalanche and a deluge that ripped through the Alaknanda river system in the upper reaches of the ecologically fragile Himalayas.

Earlier on February 9, Chief Minister Yogi Adityanath had sent a team of three ministers to Uttarakhand for better coordination with the state in carrying out relief works after the disaster.

The chief minister had formed a committee of three ministers and sent them to Uttarakhand for better coordination with the state. The ministers are Suresh Kumar Rana, Vijay Kashyap and Dharam Singh Saini.