On September 28 last year, a five-judge constitution bench, headed by the then Chief Justice Dipak Misra, in a 4:1 verdict had paved the way for entry of women of all ages into the Sabarimala temple, saying the ban amounted to gender discrimination. 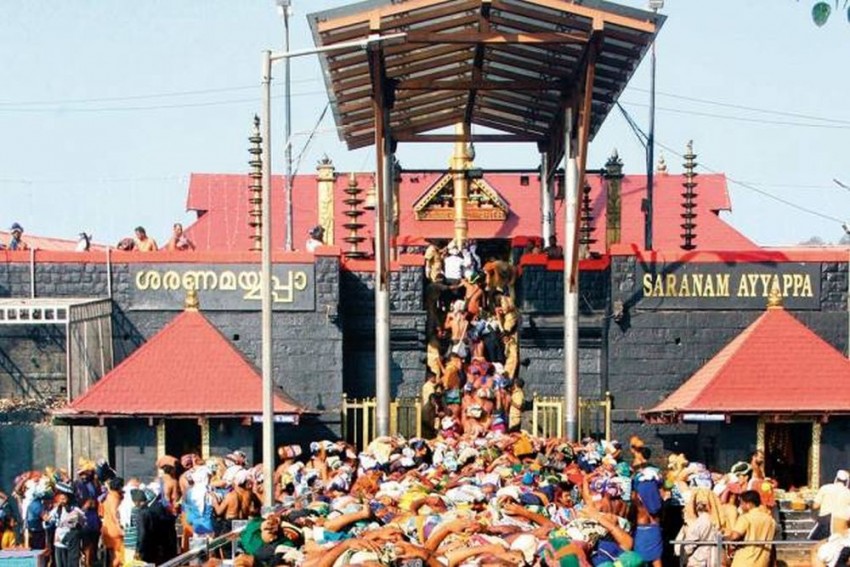 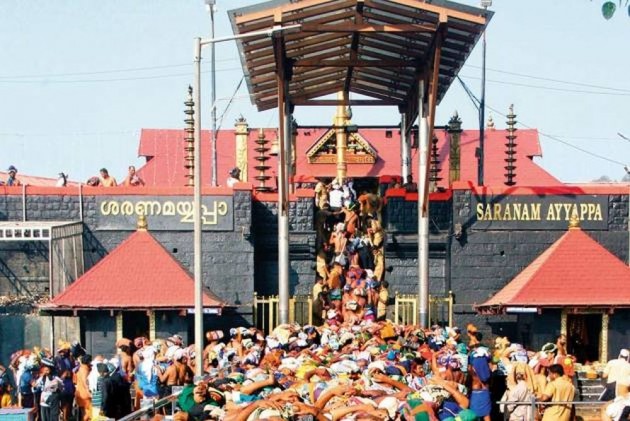 A batch of petitions seeking to review the Supreme Court judgement that paved the way for allowing entry of women of all age groups into Kerala's Sabarimala temple will be heard by a five-judge constitution bench apex court on February 6.

As per a notice uploaded on the apex court's website, the review petitions would be heard by a constitution bench comprising Chief Justice Ranjan Gogoi and Justices R F Nariman, A M Khanwilkar, D Y Chandrachud and Indu Malhotra.

On September 28 last year, a five-judge constitution bench, headed by the then Chief Justice Dipak Misra, in a 4:1 verdict had paved the way for entry of women of all ages into the Sabarimala temple, saying the ban amounted to gender discrimination.

On November 13 last year, the apex court had agreed to hear in open court in January this year the pleas seeking review of its verdict, but had refused to stay the judgement.

However, on January 22, the top court had said it may not start hearing the pleas, seeking review of Sabarimala verdict till January 30 as one of the judges of the bench, Justice Indu Malhotra, was on medical leave

Justice Malhotra, the lone woman judge in the bench, had delivered the dissenting judgement in the case last year.

There are around 48 pleas seeking review of the judgement and they were filed following the violent protests in favour and against the September 28 verdict.

The top court had earlier made it clear that fresh pleas related to the matter would be heard only after it decides the pending pleas, seeking review of the judgment.

National Ayyappa Devotees Association (NADA), which has filed one of the petitions seeking review of the verdict, has said that the five-judge constitution bench's verdict lifting the ban was "absolutely untenable and irrational".

"The notion that the judgment under review is revolutionary, one which removes the stigma or the concept of dirt or pollution associated with menstruation, is unfounded," the association has said in its plea.

"It is a judgment welcomed by hypocrites who were aspiring for media headlines. On the merits of the case, as well, the said judgment is absolutely untenable and irrational, if not perverse," it said.

Besides NADA, several other petitions, including one by Sabarimala temple head priest Kandaru Rajeevaru and another by Nair Service Society (NSS), have been filed against the apex court verdict.

The NSS had said in its plea that as the deity is a 'Naistika Brahmachari', females below the age of 10 and over the age of 50 year are eligible to worship him and there is no practice of excluding worship by females.

"Hence, the delay or wait for 40 years to worship cannot be considered as exclusionary and it is an error of law on the face of the judgement," the plea by NSS has said.

One of the applicants has also sought live streaming of the proceedings in the Sabarimala case.