The EU MPs took Shikara rides in the Dal lake and had lunch with the Army in Badami Bagh Cantonment. 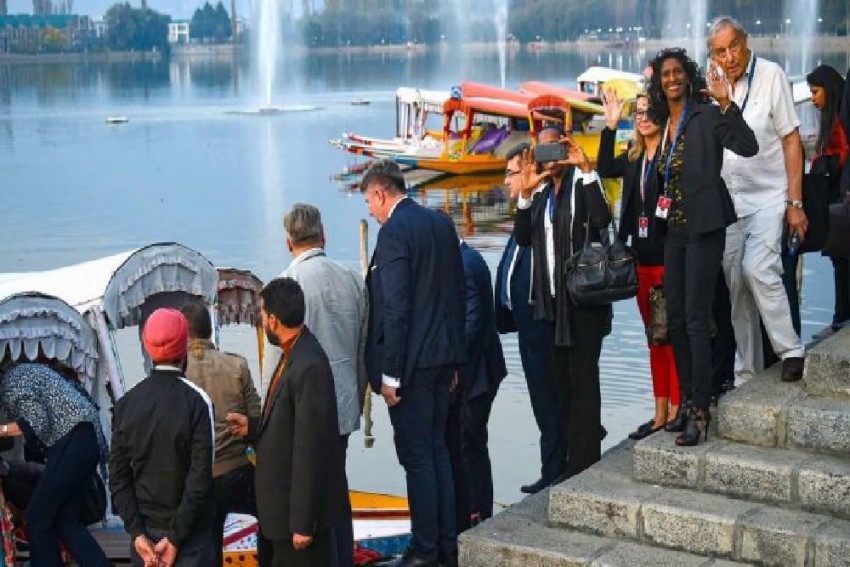 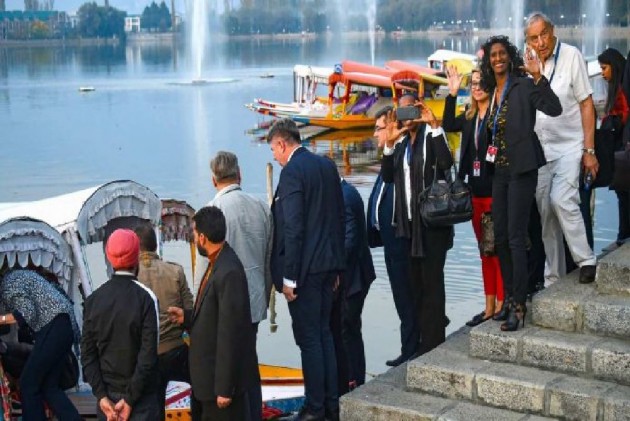 A group of 23 far-right European Parliamentarians will conclude their two-day 'guided tour' to Kashmir valley on Wednesday after their first day witnessed multiple protests across the valley, an attack in security forces near a school in Pulwama district and the killing of five non-local labourers in Kulgam district.

In the last 84 days, not a single life has been lost, Dilbagh Singh told the EU parliamentarians.

As the EU MPs toured around Dal lake, met hand-picked civilians and members of civil societies in the posh hotel, that was heavily guarded by the security forces, militants barged inside the accommodation of six non-Kashmiri labourers in Kulgam, dragged them out and killed five of them while one was critically injured.

Several violent protests broke out across Srinagar and other districts on Tuesday which lasted till late evening. Militants also fired upon security personnel in a Pulwama village who were deployed outside a school where students were appearing for their board exams.

Roads in Srinagar and around wore a deserted look on Tuesday, with personnel of CRPF manning the check-points.

The visit of the European Parliamentarians was severely questioned by the opposition parties. Congress lashed out at the BJP saying if a foreign delegation was allowed to visit the Valley, "why were not national parties permitted?"

The EU MPs, however, did not meet any of the incarcerated politicians in the Valley which include three former chief ministers.

Meanwhile, security was stepped up in Kashmir on Wednesday following the attack in Kulgam district, even as a complete shutdown disrupted normal life across the valley, officials said.

Security personnel along with a flying squad have been deployed in several areas in the city and across the valley, especially in South Kashmir.

The officials said random checking of vehicles and frisking of people was being done as part of the security drill.

Countries Backing India Will Be Hit By Missile: Pakistan Minister