Acting on a specific intelligence input about the location of a Maoist training camp in the interior forest of Orchha, about 350 km from Raipur, a team of DRG raided the place, police said. 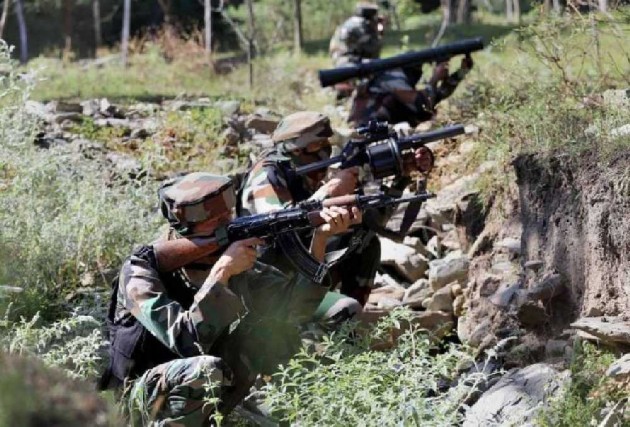 Five Maoists were killed in a gunfight with security forces in Narayanpur district of Chhattisgarh on Saturday, police said.

Two jawans of the District Reserve Guard (DRG) were also injured in the gun-battle, they said.

"The exchange of fire took place around 6 am in the forest near Dhurbeda village, located around 20 km away from Orchha police station in the district. It occurred when a DRG team was out on a counter-insurgency operation," Director General of Police (DGP) D M Awasthi told PTI.

Acting on a specific intelligence input about the location of a Maoist training camp in the interior forest of Orchha, about 350 km from Raipur, a team of DRG raided the place, he said.

The gunfight lasted for around one-and-a-half hour, following which the ultras disappeared into the dense forest, he said.

"During search operations, bodies of five Naxals were recovered from the spot. Besides, a huge cache of weapons was also seized from there," the officer said.

Two DRG personnel sustained injuries in the gunfight, he said, adding that efforts were on to move them from the forests.

Further details will be known once the patrolling team returns to its camp, he added.