Superintendent of Police Shivraj Meena said an old wall collapsed on the house in which two brothers, Mahendra Kaivat and Mahaveer Kaivat, lived with their families. 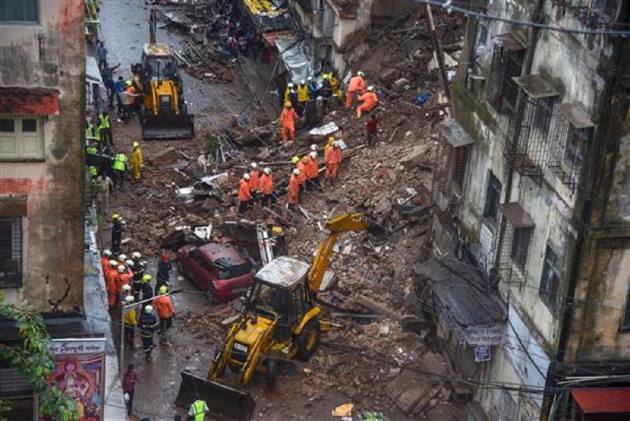 A massive wall collapse induced by incessant rainfall claimed lives of five members of a family on Wednesday at Rajasthan's Bundi district, police said on Wednesday.

Police fears that the two other members of the family are possibly trapped under the debris.

According to police, the incident occurred on the intervening night of Tuesday and Wednesday in Navghat area.

Superintendent of Police Shivraj Meena said an old wall collapsed on the house in which two brothers, Mahendra Kaivat and Mahaveer Kaivat, lived with their families. Due to this, the roof of the house caved in, burying all seven family members under the debris.

After receiving information about the incident, the police rushed to the spot and managed to pull out two people from the debris. Three others were rescued on Wednesday morning, he said.

An operation is underway to rescue the remaining two members of the family who remain trapped under the debris, he added.

Station House Officer, Keshoraipatan, Lokendra Paliwal said all the five members of the family, two women and three minor girls -- who were rescued succumbed to injuries.

The house was constructed decades ago in an unplanned manner, he said.