The building collapsed when the labourers were laying the roof the structure's fourth floor, officials said. 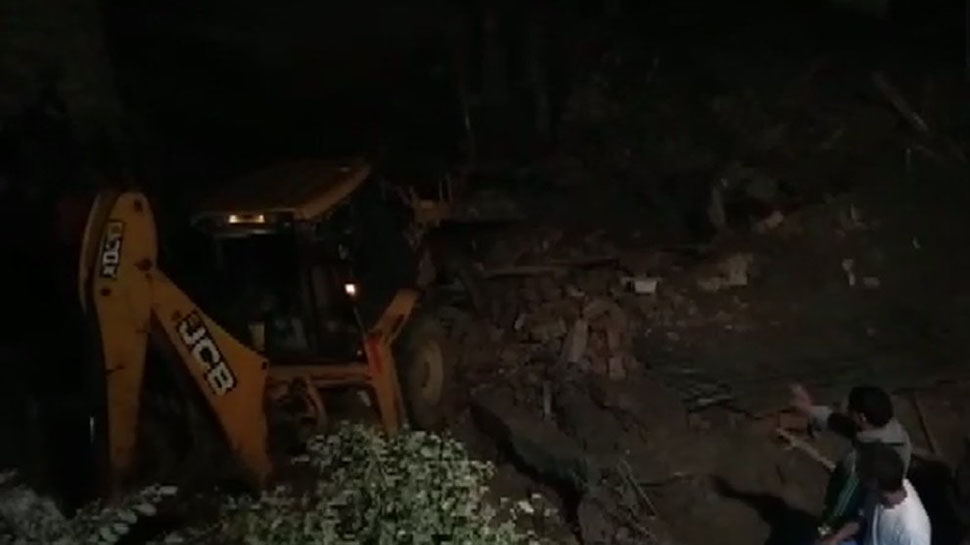 At least seven people died after a four-storey under construction building collapsed in a village here on Thursday morning, fire officials said.

Haryana Chief minister Manohar Lal Khattar has announced a compensation of Rs 3 lakh each to family members of the dead.

According to the Gurugram Fire department, a call was received at 5.15 am from an Ullawas villager about the incident.

A Gurugram Police official said that the building on a 125 square yard plot is owned by one Daya Ram, a resident of the same village.

"He is absconding now," Subhash Bokan, PRO of Gurugram police, said, adding that the police has booked him under the relevant IPC sections.

"A manhunt has been launched to nab Daya Ram," he said.

The team has managed to bring out six bodies from the debris so far and efforts are on to rescue others.

Three of the dead have been identified as Kuldeep, 32, Vishal, 17, Altaf, 24, all hailing from Uttar Pradesh's Ambedkar Nagar district and Anand, 22, who hailed from Samastipur in Bihar.

According to the Gurugram Police, four of them were daily labourers while the other two were security guards. One of the dead was unemployed.

Vinay Pratap Singh, Deputy Commissioner of Gurugram said: "The rescue operation is currently underway in supervision of SDM rank officer. We have managed to pull out six bodies with the help of multiple agencies."

"The rescue teams are facing problems in removing concrete material and iron grills with the help of earth mover machines as it may hurt injured persons, if anyone is still trapped inside the debris," Singh added.